Vermont socialist gives Hillary Clinton a run for her money

Bernie Sanders, a 74-year-old socialist, is leading the presumptive Democratic presidential nominee Hillary Clinton in the early primary states and now graces the cover of Time Magazine. What explains his unlikely rise? 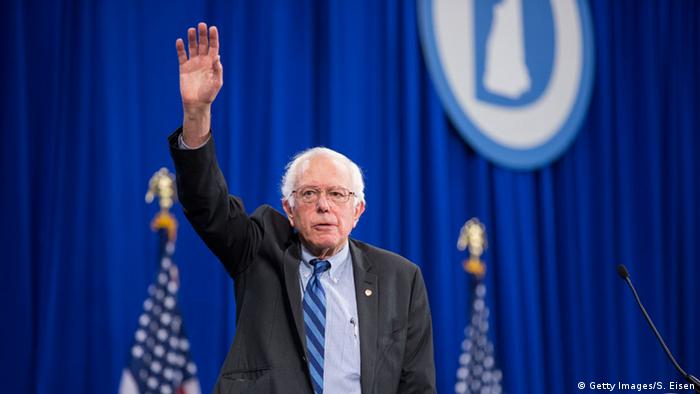 Bernie Sanders, whose claim to fame until recently consisted primarily of being the one and only socialist among the 100 US Senators, has not only eclipsed Hillary Clinton in the early primary states New Hampshire and Iowa.

He has also narrowed her national lead to single digits and is drawing bigger crowds at his political events than Clinton. Sanders managed to do all of that without any big financial donors and without an established political machine that organizes his campaign – all of which Clinton has. His surprising run has now landed him on the cover of Time Magazine.

"Sanders has risen to a solid 30 to 35 percent support in polls among Democrats. And he leads Hillary Clinton in a couple of key states", said Charles Franklin, co-founder of pollster.com and a professor of Public Policy at Marquette University in Wisconsin. "That is real strength."

The last self-declared Socialist to garner as much traction in a US presidential race was probably Eugene Debs. He received three percent of the popular vote in the presidential election of 1920 – while sitting in a prison cell in Atlanta.

"It is not an unprecedented event, but it is pretty rare for someone who calls himself a socialist to be able to attract a significant percentage of at least primary voters," said Steffen Schmidt, a presidential primary expert at Iowa State University.

Some of the most commonly heard explanations for Sanders' remarkable run are that it is still very early in the primary season and that his role as a left-leaning political outsider is attractive for voters who are unhappy with the status quo and the democratic field. Both theories contain a kernel of truth, but are not sufficient to make sense of Sanders' success.

First, because the fact that the primaries are still months away cannot explain his surge compared to the other three Democratic candidates, Rhode Island Governor Lincoln Chafee, former Virginia Senator Jim Webb and former Maryland Governor Martin O'Malley. All three have barely registered in the polls. 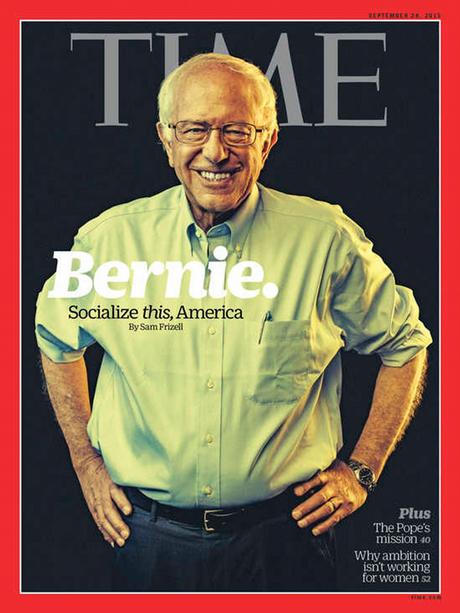 Bernie Sanders on the cover of Time Magazine

What's more, while Sanders' leftist leanings clearly make him an outlier on many issues, he is not a classical Washington outsider like Trump, who has never held elected office. To the contrary, Sanders' career in a way is fairly traditional. He first served as a long-time mayor in his home state of Vermont before being elected first to the US House of Representatives and later to the US Senate. He has served in Congress since 1991.

What does set Sanders apart from Hillary Clinton as well as from the other Democratic candidates is his personality, and the seemingly boundless energy with which he runs his campaign. "What no one understands is that Sanders has charisma," said Schmidt. "He has white hair which is out of order, his clothes are always wrinkled and he is up there with his sleeves rolled up in his 70s."

His charisma coupled with his message, added Schmidt, allows him to connect and attract young people in a way Hillary Clinton who has been said to suffer from an enthusiasm gap has not been able to. "Among politicians, Bernie Sanders is probably the one with the most enthusiasm at huge events," said Schmidt.

Ahead of the issues

The second factor that helps to make sense of Sanders' rise is timing. Put differently, some key issues which Sanders has been raising for years - like economic inequality and same-sex marriage - have now gone mainstream.

"Inequality is certainly an issue that has been rising to the forefront in presidential politics," said Michael P. McDonald, an American elections scholar at the University of Florida. "We are the most unequal we have been in recent history."

While Hillary Clinton and others are now also focusing on the issue, it is Sanders who can claim to have been ahead of the curve, since he has been talking about income inequality for years. The same applies to same-sex marriage. Sanders voted against the Defense of Marriage Act which banned same-sex marriage and became law in 1996 under President Bill Clinton. It was ruled unconstitutional in 2013, the same year Hillary Clinton reversed her earlier opposition against same-sex marriage.

Similarly, Hillary Clinton's recent announcement opposing the controversial Keystone XL pipeline may not have come had she had not felt the pressure from Sanders, who has been vocal on the issue for a long time.

Still, Sanders' successful run so far probably won't culminate in him becoming the Democratic nominee. But not because democratic voters are scared away by Sanders' socialist label, said Schmidt:

"I think what has happened is that Republicans by calling everybody who is a democrat a socialist have created a sort of an inoculation to the word socialist so that people don't believe when they hear it any longer that it is something terrible."

Instead, Sanders may have already tapped out the Democratic Party's progressive spectrum of mostly white, highly educated voters, said Mark Kayser, a political scientist at Berlin's Hertie School of Government. "There is an upper bound to how well Bernie Sanders can do." 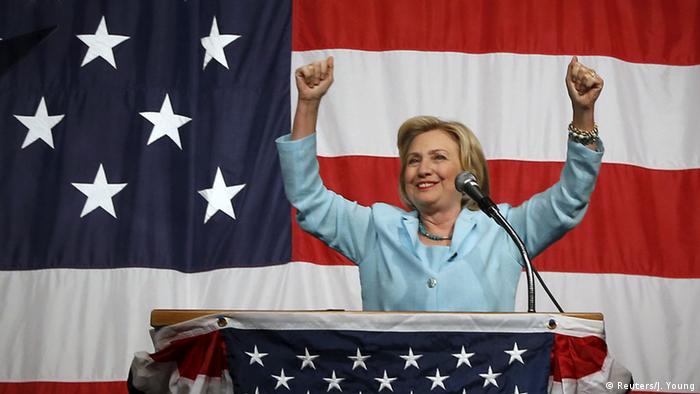 To make further inroads into Clinton terrain, Sanders would need to gain traction with African-American, female and working class voters, for instance in the South. But that is a difficult task for Sanders, who is still unknown to large segments of the electorate and likely lacks the money to change that.

So while Sanders has already shaped the Democratic race and driven the issues more than anyone could have expected when he announced his run earlier this year, McDonald still believes that Hillary Clinton will eventually become the Democratic nominee.

"But you never know what can happen in politics or in life for that matter," he added.

Hillary Clinton's path to the nomination is uncontested no longer. Senator Bernie Sanders is drawing huge crowds and gaining in the polls. But can a democratic socialist win over America? Spencer Kimball reports. (09.07.2015)

Former Maryland Governor Martin O'Malley has joined the race for the 2016 Democratic nomination. The onetime Hillary Rodham Clinton loyalist warned the frontrunner that the presidency was not her "crown" for the taking. (30.05.2015)