Before his death in 2010, Christoph Schlingensief was slated to design the German Pavilion at the 2011 Venice Biennale. Curator Susanne Gaensheimer reflects on the direction of the exhibition in his absence. 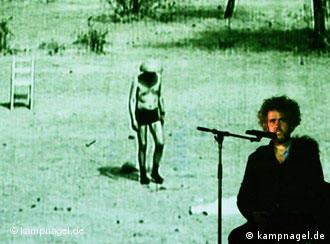 Schlingensief has worked in many media

In August 2010, film and theater director Christoph Schlingensief died of cancer in Berlin. A few months prior, Susanne Gaensheimer had asked him to design the German Pavilion at the 56th Venice Biennale in 2011. Schlingensief was very excited about the prospect, said Gaensheimer, who is curator of the Pavilion and Director of the Museum of Modern Art in Frankfurt.

But the exhibition, which opens June 4, 2011, isn't what Schlingensief had imagined. His plans for the Biennale were unfinished, but they will be presented in book form ahead of the event.

This year, the German Pavilion will show selected works by Schlingensief but won't attempt to be a comprehensive retrospective, due partly to the venue's limited space and the artist's vast body of work. The main room of the pavilion will show a stage installation titled "A Church of Fear vs. the Alien Within," in which the artist deals with the topics of his illness and life and death.

DEUTSCHE WELLE: Why did you select Christoph Schlingensief to design the German Pavilion at the 2011 Biennale?

Susanne Gaensheimer: I thought that when it comes to the question of what to do with the German Pavilion, it's impossible to escape questions about national representation. ... After all, it's not just some exhibition hall - it's the German Pavilion specifically. I thought for a long time about whether I'd split paths with my predecessor, Nicolaus Schafhausen, and select an artist who isn't necessarily representative for what's happening in Germany, but I consciously decided against doing that.

I wanted to choose someone who represents what's going on artistically in Germany in a critical way. Until his death last year, Christoph Schlingensief had taken on such questions intensively for three decades - first as a filmmaker, then in theater and finally in the artistic arena, and as a political activist throughout. 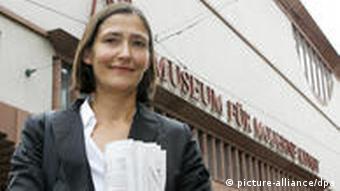 Which questions will be posed with this year's exhibition?

Christoph Schlingensief took on very wide-ranging, socially relevant topics and questions dealing with various situations that Germany has faced. His question was always: How is the individual - the single person - faring under these circumstances?

After Schlingensief's death, you decided to show his work despite being unable to design the pavilion together. Why?

I made my decision for Christoph Schlingensief with a lot of conviction for him as an artist. I didn't select him on the basis of personality but on the basis of his work, so there was no reason for me not to feature him even after his death. I think it's a very important opportunity to introduce him to an international audience - especially in terms of visual art, he's not so well known beyond Germany.

Is the exhibition an homage to Schlingensief, or does it focus more on a critical engagement with his work? 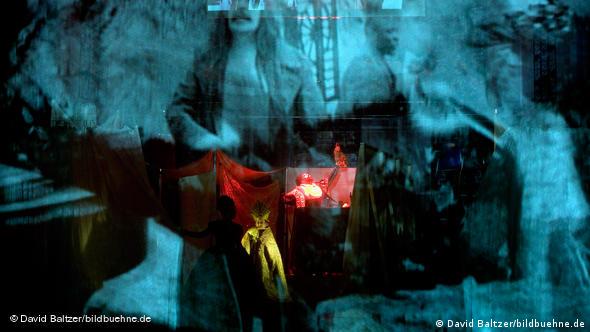 A scene from Schlingensief's "A Church of Fear vs. the Alien Within"

We're showing his work, and if you want to call that an homage, you can. Of course, we're trying to be fair to him and to his work. It was important to me that we present the various aspects of what he created, including his work in film, on the stage and, of course, the opera village he created in Africa. His examination of his illness will also play a major role. It has not yet been a year since his death, and that situation has had a strong impact on all of us.

What kind of impression do you think this year's display at the German Pavilion will make on visitors who aren't familiar with Schlingensief's work?

It's impossible to generalize - for every visitor, it will be different, depending on how much attention they devote to the exhibition and what they view. But I think people will see him as a very serious artist that dealt at a deep level with questions - including existential questions. That will be very evident.