Venezuela′s Maduro given free reign | World | Breaking news and perspectives from around the globe | DW | 21.11.2013

Venezuelan President Nicolas Maduro is struggling to lead his country out of its economic crisis. A recent law allows him to rule by decree, leaving a return to democracy in Venezuela unlikely. 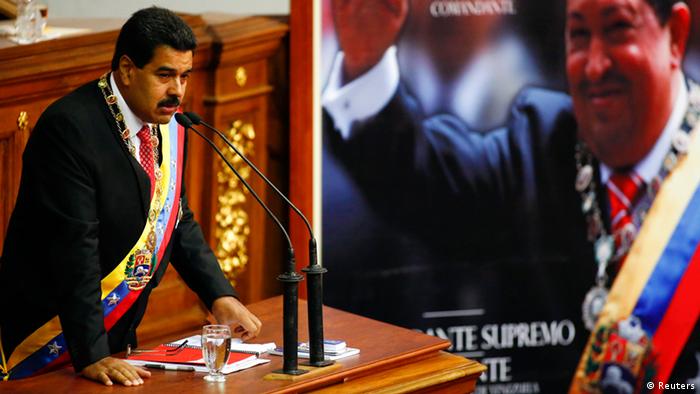 German political scientist Heinz Dieterich invented the concept of "Socialism of the 21st century" to define the political direction that former Venezuelan head of state Hugo Chavez struck out on. Yet even he is now baffled.

After Chavez's death in March, power in Caracas passed to Nicolas Maduro. The oil-rich republic is now deeper in economic crisis than ever before. If things continue, Dieterich sees only two possibilities: "In that case, the military will be in power from 2014. Or there will be early elections, which the Bolivarian movement will lose." And if the leftist social movement that followed on from Chavez's self-proclaimed "Bolivarian Revolution" loses the election, that would indeed signal the end of "Socialism of the 21st century."

A president in over his head

As Maduro gathers power, the Venezuelan population suffers. The country has shortages of almost everything that is fundamental to modern everyday life in the 21st century, from basic foodstuffs to toilet paper.

Inflation is now at 54 percent, the Venezuelan currency - the Bolivar - is increasingly weak, while the black market for currency is flourishing, and the oil industry, which funds 60 percent of the national budget, is ailing and ineffective. After 10 years of price controls and an economic policy that stamps out any initiative in private production at its root, the country is threatening to slip into chaos. 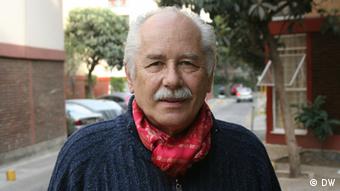 Maduro is not responsible for all of the above-mentioned difficulties. But in comparison to his charismatic predecessor Chavez, he seems completely overwhelmed by his duties. Even in the first weeks of his term, he publically made a fool of himself by telling spiritually tinged anecdotes about his mentor.

He also recently decided to bring Christmas forward and to found a "Vice-Ministry for Supreme Social Happiness of the People," as well to force a chain of stores to lower its prices for electrical appliances by 70 percent from one day to the next. At least that made some Venezuelans a little bit happier for a while.

Holding on to power during 'economic war'

And because Maduro knows that such happiness won't last, he has now taken new measures to secure his power: the Ley Habilitante, an "Enabling Law" that allows Maduro to rule by decree without parliamentary interference, which is only four paragraphs long. It was passed on Tuesday (19.11.2013).

In order to secure the necessary three-fifths majority for it in the National Assembly, a candidate from Maduro's party who proved unreliable in the past was replaced with another delegate. According to opposition members, the new delegate was even threatened with the expropriation of his company, just to make perfectly sure he would vote for the law. 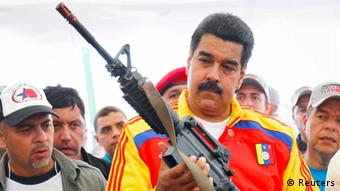 But it is not only passing the law that has been a less than democratic endeavor: the consequences also promise to be undemocratic.

Nicolas Maduro now has a free reign in the "economic war," which private entrepreneurs are apparently waging in Venezuela with the support of "foreign powers." The president wants to fight corruption and economic speculation. He not only wants to set what he believes to be "reasonable" wages and prices, but also wants to curtail the profits of corporations, measures he believes will be beneficial for the happiness of the Venezuelan people.

But Maduro also wants to benefit from the law himself: The populist goodies that he plans to dole out in the next few weeks are supposed to pay off by early December, when Venezuela holds elections for the communal councils. The elections will be the first test of Maduro's popularity since his election last April.

Maduro's investment might even pay off, says industrial psychologist Axel Capriles from Andres Bello University in Caracas: "Venezuelan society is very short-sighted. It lives for the moment and doesn't see the consequences an economic measure passed today could have in the coming months."

What role is the military playing? 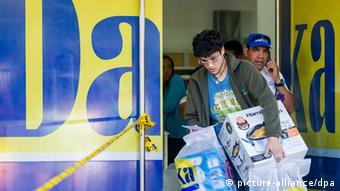 But in the long term, this law will hardly be able to conceal Maduro's ineptitude. "This is like a glucose injection," says political scientist Edgard Gutierrez. "It will probably give people in certain circles a better feeling. But the next problem is just waiting around the corner."

Even convinced Chavists are grumbling about the policies of their head of state. Head of the National Assembly Diosdado Cabello has long been seen as an internal opponent to Maduro within the party. And unlike Maduro, Cabello has close ties to the military.

Such ties might come in handy since, according to an influential Venezuelan blogger who is close to the military, the military is planning to curtail the enormous influence that Cuba has, and which Maduro tolerates and even promotes. In order to do so, a high-up Venezuelan general has apparently been flown to Havana for negotiations this week.

Over three months after taking office, Venezuela's president still hasn't gotten his country under control. He not only faces relentless opposition, but also critical opponents within his own party and the weak economy. (02.08.2013)

Exactly 60 years ago, Fidel Castro attempted to take power in Cuba for the first time. He expressed an ambitious revolutionary platform - but how does the Cuba of today measure up to his grand plan? (26.07.2013)