Venezuela has spiraled into further crisis after the country's top court seized power from congress. A top regional official has called the move a "coup." 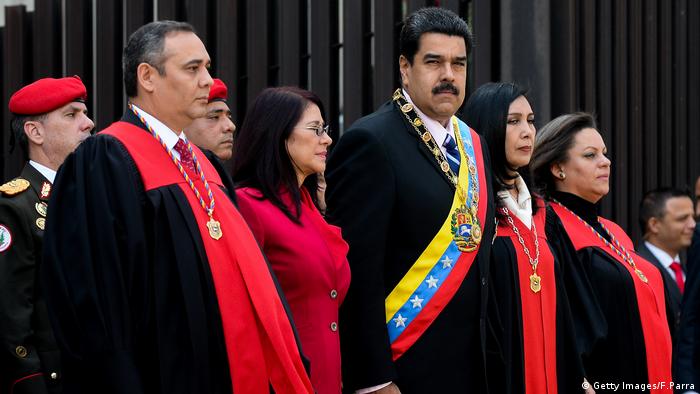 Venezuela slid further towards dictatorship under leftist President Nicolas Maduro on Thursday, after the loyalist Supreme Court seized power from the opposition-controlled congress in what a top regional official described as a "coup."

In a decision late Wednesday, the Supreme Court ruled that lawmakers were in contempt of court for not abiding by past rulings nullifying legislation coming out the National Assembly, and that the court would seize congress' powers.

"As long as the National Assembly's contempt of court and invalidity persist, parliamentary powers shall be exercised directly by (the Supreme Court's) constitutional chamber or by the body it designates to safeguard the rule of law," it said late Wednesday night.

The move is the most recent escalation of a more than year long political crisis between the socialists and opposition in the oil-rich Latin American state, where an economic meltdown has fueled shortages of food and medicine and triggered riots.

Luis Almagro, the head of the 34-member Organization of American States, echoed opposition claims, calling the move "completely unconstitutional" and tantamount to a "coup."

The United States, Brazil, Mexico, Argentina, Chile and Colombia denounced the court decision and Peru withdrew its ambassador to Caracas in protest.

Tearing up a copy of the court ruling in congress, National Assembly president Julio Borges said the decision represented "nothing other than a coup d'etat and a dictatorship."

"This is trash from people who have kidnapped the constitution, rights and freedom of Venezuelans ... The National Assembly does not recognize the Supreme Court," the politician from the opposition Democratic Unity Roundtable coalition said.

"The Venezuelan armed forces cannot remain silent as the constitution is breached," he said, appealing to an army that has so far backed Maduro but attempted three military coups since 1992. 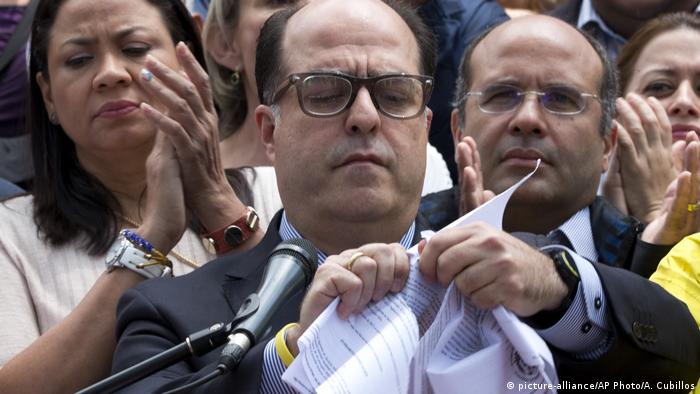 The contempt of court ruling stems from vote-buying accusations against three opposition lawmakers who were sworn in despite a previous court decision. Even though the three lawmakers do not sit in congress, the court said the legislature had violated the law.

The surprise court takeover was part of a ruling authorizing Maduro to create oil joint ventures without required legislative approval. The government had accused congress of obstructing the oil deals.

Venezuela has the world's largest oil reserves and has sought to sell stakes to raise cash for bond payments and imports as oil prices remain low. But the Supreme Court's move has raised questions for investors worried over the legality of any deal not passed by congress.

The Maduro-allied top court had already overturned most National Assembly decisions and stripped it of power since the opposition won elections in December 2015. Repeated efforts by the opposition to force a recall referendum and new elections before Maduro's term ends in 2019 have also been stymied by the court and electoral commission. Earlier this week, it moved to lift lawmakers' immunity from prosecution.

For more than a year, Maduro has been ruling largely by emergency decree in response to an economic crisis that has caused concern the country could implode, creating a larger regional security and humanitarian crisis.

Meanwhile, the socialist president has clamped down on the media and arrested dozens opposition figures in a crackdown to preserve his rule.

Venezuela pleads to UN for help as medicine supplies dry up

Venezuela's Nicolas Maduro has said he asked the United Nations for help in boosting his country's medicine supplies. Hospitals in the country are reportedly running on just 3 percent of the supplies they need. (25.03.2017)