The Washington-based Organization of American States (OAS) has called for Venezuela to be suspended from the group unless it holds fresh elections. Ahead of a special OAS meeting, Caracas called the proposed move illegal 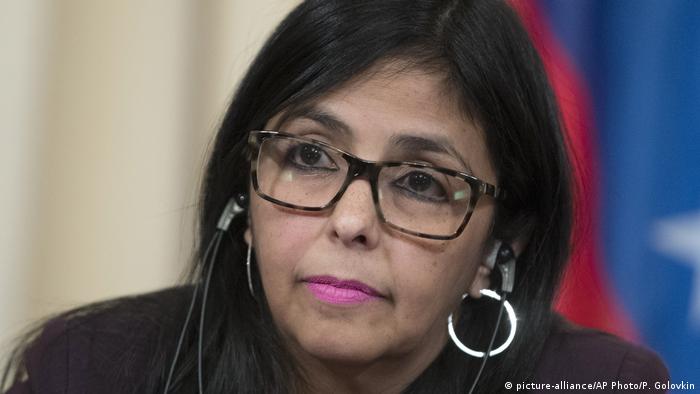 Venezuela's Foreign Minister Delcy Rodriguez (photo) called for Tuesday's OAS meeting in Washington to be canceled because it "infringes the rules of the organization," she said, addressing a session of the regional body in Washington on Monday.

The OAS is due to hold a debate on possible suspension of Venezuela if it does not hold elections this year. The regional body can suspend a country when the "democratic order" is "altered."

Rodriguez condemned the actions of the OAS Secretary General Luis Almagro, a Uruguayan lawyer, former foreign affairs minister and diplomat, whom she accused of dishonesty. She claimed he had dedicated his time as OAS leader to working against Venezuela and its people.

Frustrations in Venezuela have mounted as a bitter years-long recession grips the country, leading to shortages of food and other essential goods. The country has seen mass protests blaming the government for Venezuela's woes.

In a report on the country, Almagro noted that President Nicolas Maduro canceled both a referendum that could have recalled his government and later regional elections, after the opposition made huge gains in parliamentary voting in 2015.

Thousands of people have been arrested for their political beliefs, Almagro said, including opposition leader Leopoldo Lopez, who has been in jail for three years.

The Venezuela foreign ministry issued a statement claiming there was "ongoing harassment" against Venezuela by the US, the General Secretariat of the OAS and "a group of countries that have conformed a minority faction." The statement went on to say, "Venezuela categorically rejects the interventionist plan that a minority faction of countries inside the OAS is trying to carry out against our Homeland."

Mexico, which rarely makes statements on the affairs of its Latin American neighbors, said it was aimed at encouraging Venezuela to "re-establish democracy." Foreign Minister Luis Videgaray called for dialogue and negotiation to resolve the political crisis in Venezuela which has led to severe food and fuel shortages. 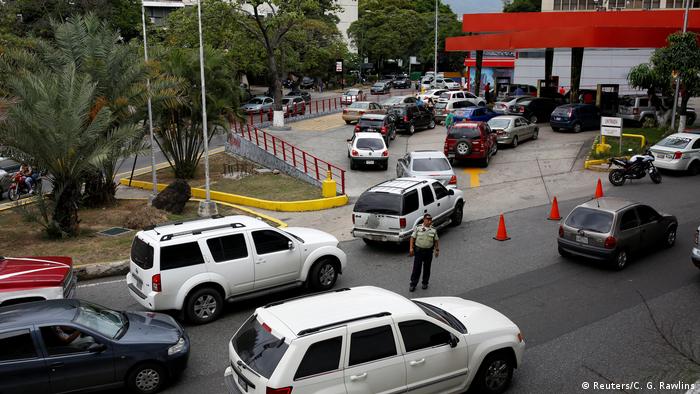 However, the OAS needs a two-thirds majority of its 35 members in order to suspend Venezuela, and there are countries in the region, especially in the Caribbean, which have seen the benefits of subsidized oil via the Caracas government for many years. They are unlikely to vote for its suspension from the OAS.

In the past, the OAS suspended Cuba in 1962 as well as Honduras in 2009, following a right-wing coup.

Venezuela's socialist President Maduro has accused his opponents and foreign allies of an "economic war" intended to set off a coup against him. Government officials have announced an "anti-imperialist" march for Tuesday to coincide with the OAS session in Washington.

The US president says suspending taxes on gasoline won't "reduce all the pain, but it will be a big help." Republican lawmakers and even members of his own Democrats are skeptical.