Venezuela's 21st-century socialism is pushing ever more people into exile. The exodus has reached record levels. 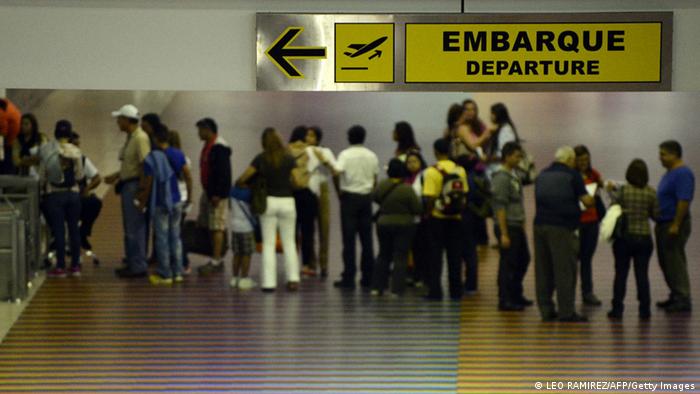 According to a survey by the Andres Bello Catholic University in Caracas, 1.2-1.5 million Venezuelans now live outside the country. Ninety percent of that emigration has taken place in the past 15 years.

"Venezuela has gone from being a country of immigration to being one of emigration," said Tomas Paez, a sociologist at the University of Caracas. "President Nicolas Maduro's administration has done nothing to curb the exodus - quite the opposite: They are encouraging it."

Paez is the author of the book "The Voice of the Venezuelan Diaspora," which was published in July. He interviewed 900 emigrants in 41 countries for the study. He says he was most impressed by the swiftness of the mass exodus.

Save yourself - if you can

"The country's political, economic and social crises, as well as growing uncertainty and violence, have prompted ever more Venezuelans to leave their homeland," Paez said. A phenomenon that was previously a privilege of the educated and wealthy has now seized all social classes.

As if that were not enough: According to the Caracas-based polling institute Datanalisis, about 30 percent of Venezuela's 32 million residents are currently preparing documents for emigration. The institute says that 10 years ago that number was about 4 percent.

The United Socialist Party of Venezuela (PSUV) has governed since 1999, when Lieutenant Colonel Hugo Chavez was elected president. During the Bolivarian Revolution proclaimed by the president, key industries such as the oil sector were nationalized.

Income from the export of raw materials was invested in a number of social programs. However, the drop in oil prices pushed Venezuela into economic crisis. President Maduro has reacted to growing criticism of the PSUV's "21st-century socialism" by oppressing the opposition and its supporters. 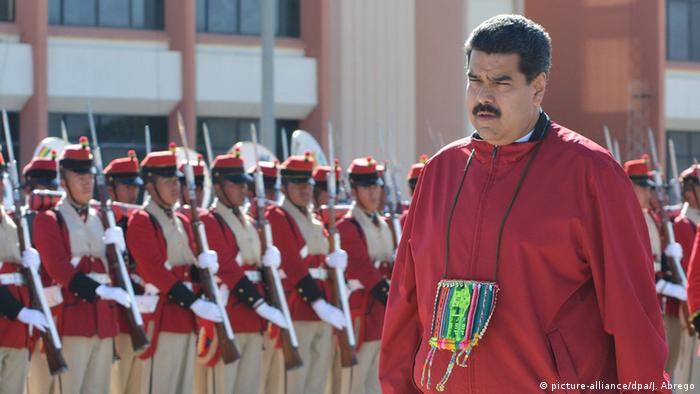 Maduro has pledged to stay the course set forth by Chavez, but is meeting much heavier resistance

But Venezuelans are also trying their luck in neighboring South American countries such as Colombia, Argentina, Brazil and Uruguay, as well as in Europe. Spain, with about 200,000 new arrivals, ranks just behind the United States.

"The proposed bill attempts to solve the problem facing thousands of immigrants who have integrated themselves in North American society and cannot return to their home countries because human rights there are being abused," Veppex Chairman Jose Antonio Colina said.

Despite growing political repression in his home country, Colina looks upon many new Venezuelan emigrants with skepticism. "There are members of the so-called Bolivarian Bourgeoise among them, people who became very rich under Chavez and Maduro," he said. "That money came from corruption."

Have something to say? You can share your comments below for 24 hours after publication.