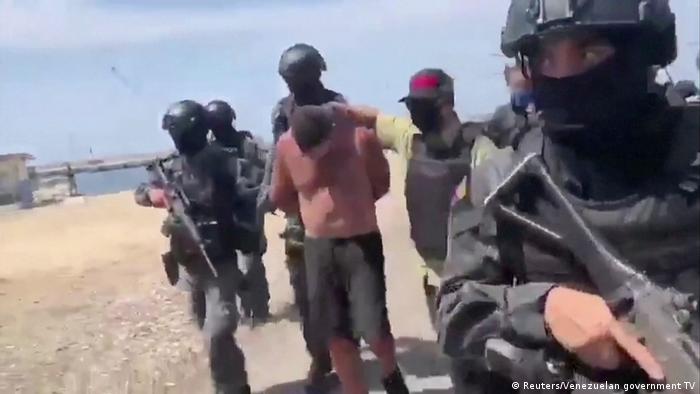 Two Americans were arrested in Venezuela on Monday on suspicion of conspiring to overthrow President Nicolas Maduro's government, the day after the country claimed to have foiled a "a failed beach raid" aimed at capturing the contested leader.

Speaking on state television, Maduro held up two blue US passports, reading the names and birthdates of the attackers – Airan Berry, 41 and Luke Denman, 34 – saying that they were members of US security forces. The broadcast also displayed images of the fishing boats the pair rode in on, and equipment like walkie-talkies and night-vision glasses.

On Sunday, the government said it foiled an "invasion" from the sea, killing eight "mercenaries" and capturing two others.

Maduro blamed the attacks on the Trump administration and neighboring Colombia, both of which have denied involvement. ''The United States government is fully and completely involved in this defeated raid,'' Maduro said. 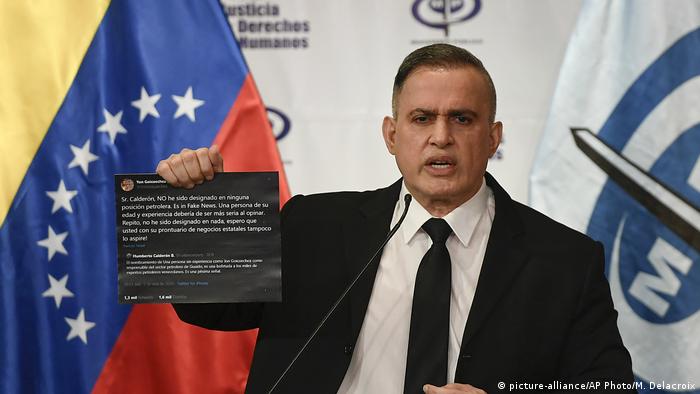 The contract, Saab said, was signed between Guaido and former US special forces soldier Jordan Goudreau, who was allegedly linked to a foiled attempt to topple Maduro. The US has sanctioned PDVSA and allowed Guaido to use funds from frozen accounts belonging to the company's subsidiary Citgo.

Guaido's press team, however, released a statement denying the accusations and insisting it had no agreements with private security firms.

Trump: 'nothing to do with US'

US President Donald Trump denied Maduro's allegations that Washington was fomenting violence in his country and said that the alleged foiled plot had "nothing to do with our government."

Answering questions outside the White House, Trump said he had just been informed about Venezuela's accusations.

"We'll find out, we just heard about it... But whatever it is, we'll let you know. But it has nothing to do with our government," he added.

The State Department has not commented on the arrests of US citizens related to the operation in Venezuela. But US officials, speaking to Reuters on condition of anonymity, have strongly denied any possible involvement in the incident.

Washington has imposed tough economic sanctions on Venezuela in an effort to oust Maduro and has previously said all options would be on the table to remove him. However, the Trump administration has not yet shown clear interest in pursuing military action against Caracas.

Both of the detained US citizens are former US special forces soldiers.

Another former special forces soldier captured at the weekend, Jordan Goudreau, has been quite vocal since being caught. In a video shared on social media, Goudreau says that he had been working with the two men in a mission to detain Maduro and ''liberate'' Venezuela.

The two others had served in Iraq and Afghanistan with him in the US military, and they were part of the alleged mission in Venezuela called ''Operation Gideon,'' with the aim of capturing Maduro, he said.

Goudreau also alleged that Guaido was on board with the plan — a claim Guaido has denied.

Under Maduro's rule, Venezuela has faced six years of a collapsing economy and deteriorating public services such as water, electricity and medical shortages, all of which has helped push nearly 5 million people to emigrate.

The US is one of more than 50 countries backing Guaido's bid to replace Maduro, recognizing him as acting president and not recognizing Maduro's contentious 2018 election victory.

The US also recently indicted Maduro as a drug trafficker, offering $15 million for his arrest.  However, Maduro still controls all channels of power in the country.