As the market for seal products shrinks, the Inuit people of eastern Greenland have to find new ways to survive. Tourism could help them preserve their culture and make a living. 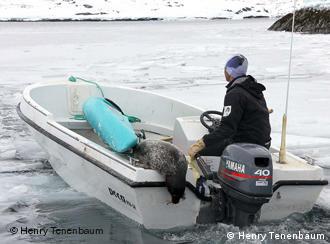 Populated with more icebergs and polar bears than humans, and with temperatures that hover around freezing, the top of the Tinit Glacier in eastern Greenland is one of the most isolated, inhospitable and inaccessible places on earth.

It's also the place some 3,000 people call home. For centuries, dogsleds have carried the Inuit hunters of eastern Greenland across this glacier to the iceberg-choked Sermilik Fjord below, where they harvest fish, shark, whale, and, most importantly, seal.

The people's dependence on the seal trade, however, is proving costly as the European market for seal products vanishes. Over the last 30 years, environmental groups have waged aggressive campaigns against what they see as inhumane hunting of seals in places like Canada and Norway, and now Inuits in eastern Greenland are searching for new sources of income.

"Everything is changing," Inuit Julious Nielsen told Deutsche Welle. "Maybe in 10 years it will be a lot warmer, maybe hunting won't be possible. We don't know." 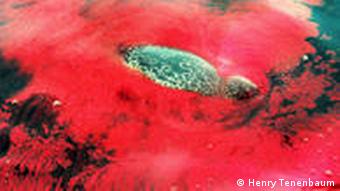 Looking down upon his tiny home settlement of Tiniteqilaaq where he used to live, Nielsen added that seal hunts have become infamous as baby seals are often clubbed to death in an effort to preserve the silky white fur. Animal rights groups, however, are mistaken when they call for bans of eastern Greenland's local hunting practices, he said.

"They think about Canadian hunters, they kill the seals with their hands," Nielsen said. "We do it like Inuit people have done it for many, many years. We don't hunt with our hands."

Instead, they've used spears and now have turned to guns to kill the seals they've traded for medicine, wood and other products ever since the Danes established a trading post there in the late 1800s.

"The problem now is to make money," Nielsen said. "Not too many years ago, it wasn't as important." 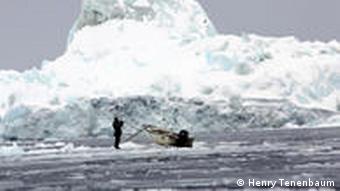 Only 55 years old, Gert Ignatissussen, an Inuit dogsled-runner, businessman, and local politician, said he remembers growing up in a dug-out earthen hut in the winter, and living in a seal skin tent during the summer.

Another Inuit, Peter Kristiensen, is one of the best hunters in the village of Tiniteqilaaq. Shooting a seal a day will keep his family fed, but 20 years ago he said he would have earned enough money from a seal skin for his family to eat for a week.

As hunters' incomes have declined over the last 10 years, many people have moved from small settlements of a few dozen people to Tasiilaq, eastern Greenland's biggest town, boasting a population of about 2,000.

"There's no seal, no fish and no money," Ignatissussen said. "So people go to Tasiilaq."

Though it's a metropolis by Inuit standards, Tasiilaq is isolated enough that it has to rely on helicopters to bring in goods for all but a sliver of time in the summer when sea ice is thin enough for ships from Denmark to break through to the harbor. 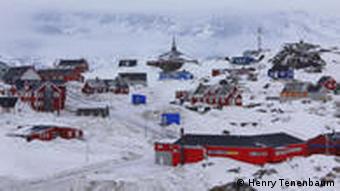 Could tourism save Tasiilaq?

People on the remote eastern coast of Greenland, a self-governing country in the Kingdom of Denmark, have maintained their own language and culture. But globalization has managed to draw many young people's attention away from their heritage, Nielsen said.

"If you look at 10 children, it will be 50-50," he said. "Five of them love to hunt and love the culture they grew up in, but the other five will like normal things in the other places in the world."

He said he hopes that tourism will fill the economic void that the seal skin market has left in its wake.

"If politicians can see the potential, we have very good possibilities for tourism," he said. "Our nature is unique. It's hunting, dog sledding, the outdoors. I believe the culture will survive.

"I hope the next couple of years will be much better than now," he added.

Environmental organization Greenpeace did not return requests for comment on this story.

A European Union ban on importing seal products has been reinstated after indigenous hunters failed to convince an EU court to keep a moratorium in place, dealing a blow to Canada’s Inuit fur traders. (28.10.2010)

Greenland's Inuit won a battle to extend their annual whale hunt to humpbacks at the International Whaling Commission's annual meeting. A decision on a proposal to end the global moratorium on whaling was postponed. (26.06.2010)