The B.1.617 variant raised alarms after it was identified as a double mutant. But the fact that both mutations occur together does not necessarily mean that this variant is also twice as infectious or dangerous. 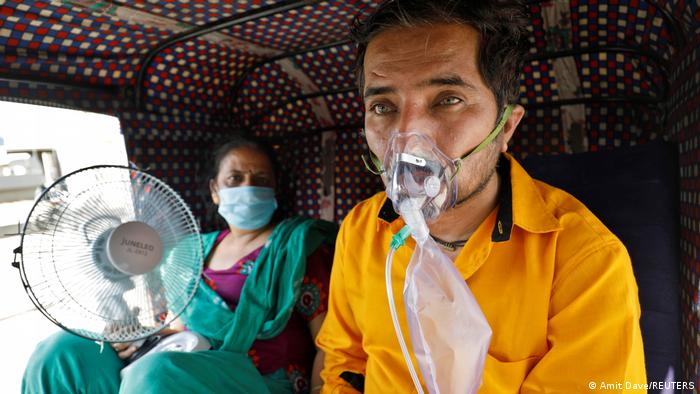 First identified in India, the B.1.617 coronavirus variant has two significant genetic alterations on a surface protein: E484Q and L452R. The numbers indicate the exact position of the respective genome alteration.

E484Q is similar to E484K, which has already appeared in the British, South African and Brazilian variants. And L452R can be found in the Californian variant CAL.20C. In India, however, these two mutations now appear together for the first time, which is why reports refer to a "double mutant."

The fact that both mutations occur together does not necessarily mean that this variant is also twice as infectious or dangerous. There is not enough data so far to fully assess the variant.

India has more than 17.3 million confirmed infections — the second-highest number after the United States. Almost 200,000 people in India have died from COVID-19.

The national health care system is collapsing as a result of the simultaneous cases: Monday set another
record for new infections for a fifth day in a row at more than 350,000. For far too long, national and local authorities only half-heartedly fought the pandemic; regulations were quickly relaxed again — even mass gatherings were permitted.

Scientists call a mutation that helps a virus slip past our immune system an "escape mutation." According to Germany's Robert Koch Institute, these mutations generally lead to a "reduced neutralizability by antibodies or T-cells." What matters is how strong that reduction is, however. 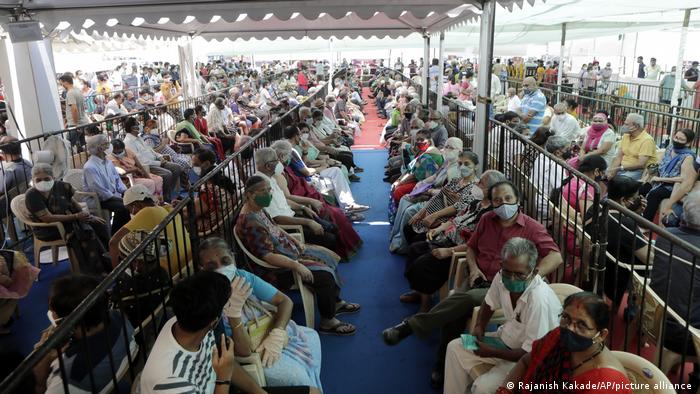 Escape mutations can be dangerous for people who have been vaccinated and people who have recovered from COVID-19 infections, as well, because they are presumably not as able to defend against the variants, even if their bodies had developed immunity to the virus. It is not yet clear whether people who are inoculated but who contract the virus are infectious.

Karl Lauterbach, a German lawmaker who holds a doctorate in public health, took to Twitter in recent days to point out a new neutralization study from India that found that the existing vaccines should be effective against the B.1.617 variant.

Lauterbach also quoted a new British study that finds that vaccination reduces the risk of infection by two-thirds. The study found that people who still get COVID-19 also have a 67% reduced risk of severe disease. That would suggest also that these patients are less likely to transmit the coronavirus.

The World Health Organization has classified B.1.617 as a "variant of interest." By contrast, B.1.1.7, first identified in Britain; B.1.351, which was discovered in South Africa; and P1, found in Brazil, are "variants of concern" for the WHO. 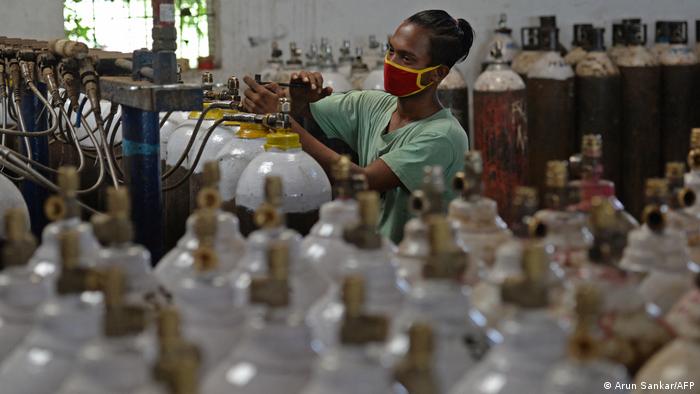 These variants spread more easily, and the course of the disease is often longer and more severe. They can evade the immune system and reduce the efficacy of the vaccines.

"We cannot deduce a reliable trend from the few observations we have, but we need to keep a close eye on this," said Richard Neher, the head of a research group into the evolution of viruses and bacteria at the Biozentrum of the University of Basel. Neher said less was known about some variants with notable mutations. "In that respect, I don't think B.1.617 deserves more attention than other variants."

Christian Drosten, the head virologist at Berlin's Charite hospital, also did not see immediate reason for alarm with the new variant. The next generation of vaccines will only need "a slight update" to reach "most of the immune escape mutants" with comparably "little effort," Drosten had said in his regular podcast back in March.

Around 10 million doses could be sent abroad in the "coming weeks" after a review. It is believed that India could be one of the biggest recipients of the vaccine.