Uwe Timm's narratives often venture through German history: the post-war period, the student protests, the years after reunification. In "Midsummer Night," the author remembers when Christo wrapped up the Reichstag. 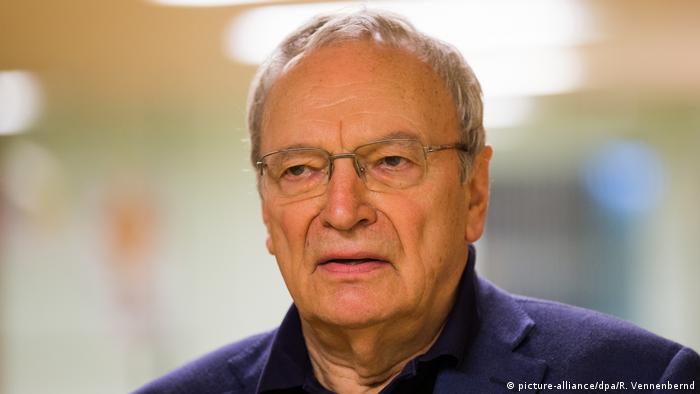 A literary chronicler of the 1968 student protests, Uwe Timm dedicated several of his novels and stories to this historical period. He was in the thick of it himself: Alongside his studies in philosophy, Timm was involved with the Socialist German Student Union (SDS), whose functionaries at the time were counted among the leading voices.

But even recent history, including the political upheavals of the time following the fall of the Berlin Wall in 1989, aroused his interest as a writer. Berlin, where Uwe Timm keeps a second home from which he writes, was at the time a major construction site — and not only politically.

"Since Reunification we've been stuck in traffic jams. Buildings sites, redirected traffic, one-way streets all over the place, where there was nothing the day before. Now there's even a lake on Potsdamer Platz. A huge excavation with dredges, barges, and two tugs."

On the historical trail of the potato

The narrator of Midsummer Night finds himself in the midst of a veritable writing crisis at the beginning of the book. Nothing that he puts to page meets his critical eyes' desire for precisely formulated sentences. Distressing days. Not even a puff from the strictly forbidden cigarette brings relief. A phone call from a newspaper editor rouses him from his grumbling: Could he write something historical about potatoes?

The author agrees immediately, thankful for the distraction. He flies straightaway to Berlin.
There, an unimaginable odyssey begins — a journey through strangely organized archives, eastern weather patterns and private lowlands. The cultural epicenter of the torn city in these days is the German Reichstag building, the parliament-under-construction, which the US artist Christo and his wife Jeanne-Claude have spectacularly wrapped in shimmering panels.

"At the Reichstag thousands upon thousands of curious people are gathered, the sun shines in the grey-silver material; lashed down with ropes, the folds throw soft shadows, a huge wrapped-up parcel, that's what the Reichstag is now." 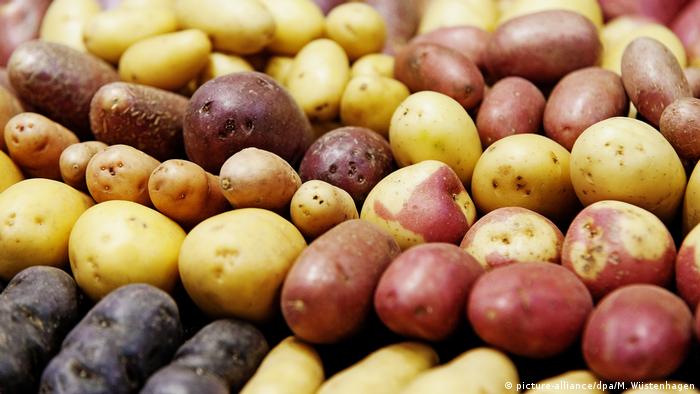 An odyssey through reunified Berlin

But the narrator has no time for viewing art. During his hard-nosed research, he has come up with something rich: A dead potato researcher has left valuable materials, well-hidden in an old box made of cherry wood.

"Here's the taste catalogue", he said. ... Inside were small pale blue index cards, neatly written on and in alphabetical order. I leafed through a few cards and read names such as: Bettina, Clara, Spunta, Bellaria, Veronika, Imperial Chancellor, Rat, Monalisa, Sissy, Binje."

Uwe Timm — a true North German: taciturn and limited in his expressions of emotion — lets the hero of his novel continue to drive through the reunited city of Berlin. Self-irony saves him sometimes. But involuntary contacts with punks, arms dealers and ex-Stasi officers leave their mark. Towards the end of the novel, an oblique, garish punk hairstyle even puts him under the suspicion of being from the advertising industry.

Uwe Timm was born on March 30, 1940 in Hamburg. After elementary school, his father apprenticed him in the fur trade, which afforded him the craftsmanship precision the author still shows in his writing. He polishes the sentence structure for a long time, removes words, deleting the superfluous, until the sentences finally sit. Timm continued his studies with evening high school education before leaving for Munich and Paris, where he was an active part of the political student movement. Since 1971, he has been writing novels, short stories, screenplays and internationally successful children's books. He grappled with his brother's role as an SS soldier in the book, In My Brother's Shadow. He is a member of PEN.