Dutch prosecutors are looking into a terrorist motive in the Utrecht tram attack after a note was found in a getaway car. Police later revealed they had made a further arrest in connection with the shooting. 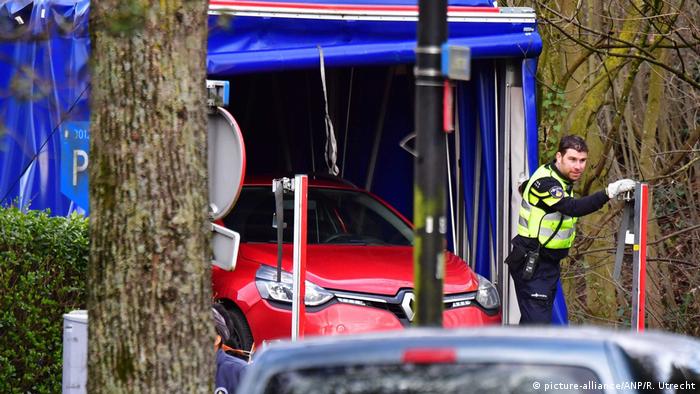 Dutch investigators on Tuesday said they were "seriously" looking into a terrorist motive for the Utrecht tram attack after discovering a note in the main suspect's getaway car.

"So far, a terrorist motive is seriously being taken into account," police and prosecutors said in a joint statement. "This is based on a letter found in the getaway car among other things and the nature of the facts."

Police later said they had arrested a second suspect in connection with the shooting.

The main suspect, Turkish-born Gokmen Tanis, remains in custody on suspicion of fatally shooting three people with possible terrorist intent. The 37-year-old was arrested at the end of a seven-hour manhunt that followed the shootings in the 24 Oktoberplein crossroads.

Witnesses said the shooter fired at a woman on the tram and then attacked people who tried to help her.

Two unnamed men from Utrecht, 23 and 27, also remain in custody, although police say their possible role is unclear.

The note was found in a red Renault Clio that was carjacked at around the time of the shooting on Monday morning.

Prosecutors said they had so far been unable to find a connection between the victims and the suspected gunman, after reports that a family dispute might have been a motive for the attack.

Dutch media have reported that Tanis had an extensive criminal background and had only been released from jail two weeks ago.

Mourners began to lay flowers at the shooting scene on Tuesday, with flags flying at half-mast on many buildings around the country.

Dutch Prime Minister Mark Rutte chaired a Cabinet meeting to discuss the attack, which has raised security fears a day ahead of provincial elections in the Netherlands.

"The motives for the attack are still unclear. For now, we are overcome by a sense of horror and disbelief at the terrible events of today," Rutte said in a statement on Monday evening.

Public transport was also running again on Tuesday after forensic police finished their investigations and removed the tram on which the shooting took place.