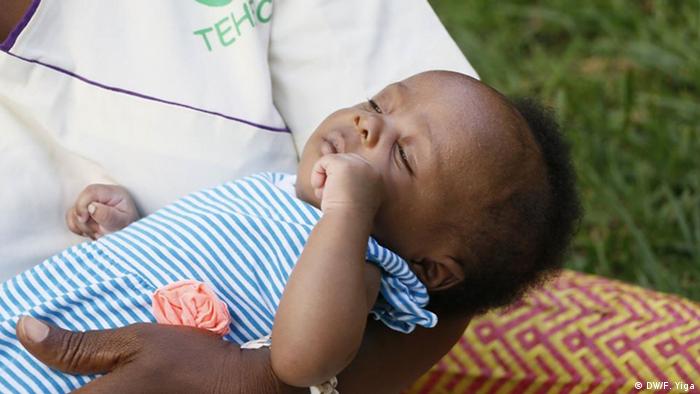 Uganda has consistently ranked among the highest in the world when it comes to maternal and perinatal mortality. According to the country's Demographic Health Survey, over one in a thousand live births are affected. In 42% of cases, women delayed seeking healthcare, 9% of which were due to a lack of transport. 49% of cases involved a delay in receiving appropriate medical intervention, even if the women did try to seek it out.

These figures concerned 26-year-old Asha Namugambe. She decided she wanted to help, so she developed a community program which has been dubbed "Uber for nurses," and works via a mobile app called Taheca. The app offers pregnant women home check-ups. 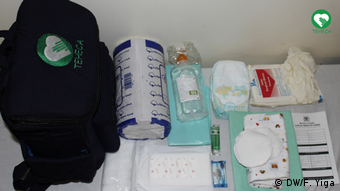 First-time mothers are also taught how to properly take care of their newborn babies.

"We have so many nurses and we said, okay, how about we use the Uber concept, use the phone to request a nurse," Namugambe told DW. "It's a holistic package. The mother is assessed 100%, and the baby. There is no danger."

Oliver Namirimu is eight months pregnant and receives antenatal services through the Taheca app. She's also been given a "mama kit" which contains tools to help with delivery. She opted for this home care service after her first C-section delivery turned septic.

"This is the kit that has all things that I will need for delivery even if it's a C-section," She told DW. "Like cotton wool, gauze, and these sheets [which you can] lay on the bed, then the normal saline for cleaning my baby's cord." 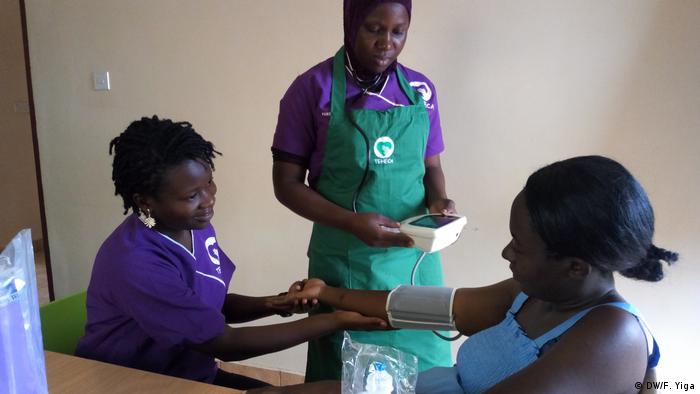 Two nurses perform a check-up on a young pregnant woman. The Taheca offers home check-ups for pregnant women in Uganda

The importance of post-natal education for young mothers

Nurse Mildred Nabageesera has attended to many young urban mothers. She says many have never been taught about post-natal care, which is critical to the health and survival of both mother and baby.

"I have seen mothers who change diapers and they immediately go to clean the cord," she told DW. "You [need to] teach them about infections, teach them about hand washing. These things are not taught during the education that takes place at health centers in Uganda."

The Taheca app aims to offer the same kind of information women would get at antenatal services at health centers. But this is a one-on-one service, aimed at directly addressing maternal challeges, explains its founder, Namugambe.

"Some of the things we were thinking about [were] culture and the hospitals that are congested," she told DW "Imagine, you go to a hospital and you don't even see a health worker."

Read more: Antenatal care in Uganda — not only a women's only affair 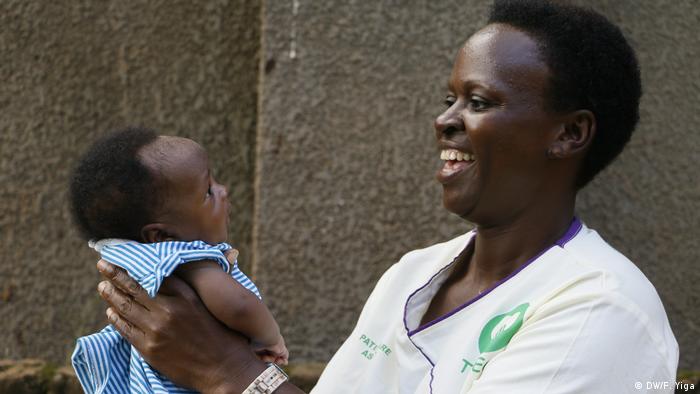 A Taheca worker plays with a young child. The apps founders hope technology will lead the way towards improving maternal health in Uganda

'Simplicity in accessing healthcare is our goal'

The co-founder of this initiative is 25-year-old Danny Ruyonga. He says the best way to promote maternal and child health in Uganda is through technology and innovation.

"There is a high rise in use of technology," he told DW. "Smartphones are becoming cheaper and more affordable. Digitalization is becoming the main concept everywhere. So we thought, if you needed a nurse, maybe you could chat with her. If you feel like you need a check-up you can have the nurse come to your doorstep. We believe that maybe in the future we can also do this at the workplace. For us, simplicity in accessing healthcare is our goal."

Charles Olaro is the director of clinical services at Uganda's health ministry. He says private interventions are now playing a larger role towards promoting maternal and child health development.

"Of the six most common causes of maternal health [problems], the highest is definitely bleeding which contributes about 34% followed by infections which contribute to about 16%," he told DW. "So we are emphasizing antenatal [education] and definitely this kind of social innovation is one of the areas [that is able to] reach out to different groups."

Most first-day deaths occur in Africa

The DR Congo has overtaken Niger to gain the unenviable position of worst place to be a mother, according to a new report by Save the Children. All the bottom ten spots are occupied by countries in sub-Saharan Africa. (07.05.2013)