Uber dominates in the land of the classic yellow cab | Business| Economy and finance news from a German perspective | DW | 25.10.2017

Uber dominates in the land of the classic yellow cab

Silicon Valley slowly erodes the taxi industry. Despite being a New York novelty, the livelihood of yellow cabs is threatened by ridesharing apps like Uber and Lyft, having a major impact on professional drivers. 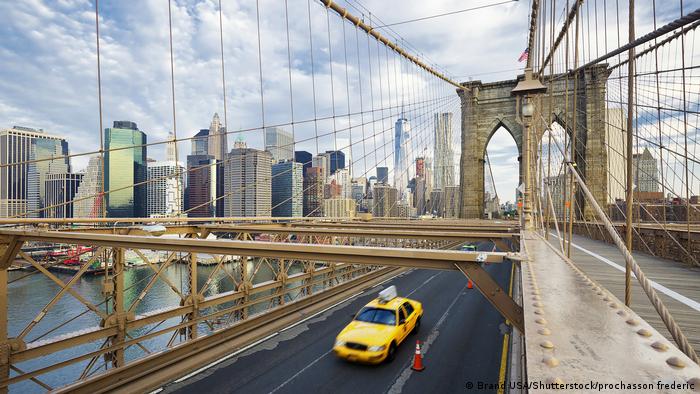 Duncan has just picked up a passenger at New York's John F. Kennedy Airport and is on the way to Brooklyn. The cup of coffee he started out with is now cold, and he waited three hours for his rider to arrive. While driving through Brooklyn, Duncan points out several new black cars rolling down Bushwick Avenue. The license plates all start with the letter T and read below: TLC-Taxi and Limousine Commission. His car is the only yellow taxi for blocks.

Yellow Cabs simply cannot keep up. Uber consistently wins customers over with a combination of travel offers and easy booking over their smart-phone platforms. "The 'App-Cabs' had easy play," remarked Bhairavi Desai, executive director of the New York Taxi Workers Alliance. After a long bout of competition, Yellow was surpassed: last July in New York drivers for Uber completed an average of 290,000 trips a day, over 12,000 more than Yellow Cab during the same timeframe.

Easy play in the city

Uber and Lyft face little regulation in New York yet the TLC operates within eight different sectors, each under its own set of regulations. The App-Cabs qualify as "Black cars," a category born from the time when riders could only pre-order black cars such as limousines. With a simple phone call a rider could schedule a pick-up whereas yellow taxis could only be hailed from the street. During this segmentation New York City had no interest in running the sector and proceeded to let it regulate itself. Even now, workers have the flexibility to choose the age and make of their car, as well as their pricing.

Read more: Uber to scrap leasing business in the US

Unlike black cars, yellow taxis are strictly regulated. In order to protect competition there are a fixed number of "medallions," the plaque a driver is legally obligated to present to function as a legal cab driver in New York. Often times several drivers will share one medallion cab, splitting the overhead cost. There are currently 13,500 medallions in use, with even more drivers manning those cars. 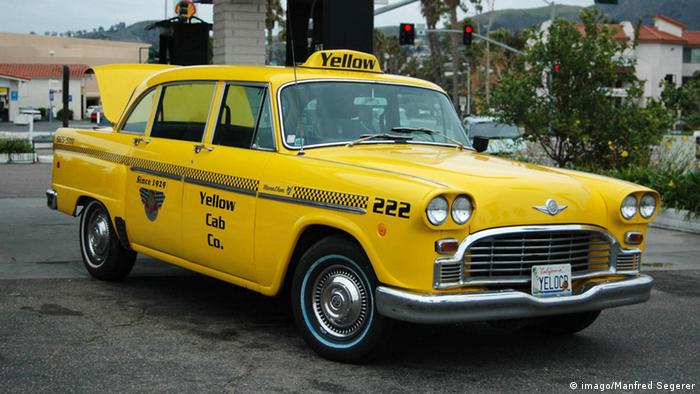 For a long time the medallion cost more than $1 million (850,000 euros) and was regarded as a trusted investment.

To gain perspective on their rate of expansion, the number of drivers for companies like Uber and Lyft has risen by 17,000 in the last year, while Yellow Cab drivers have declined over 2,000 workers from the previous year. "This is a threat to better paid full-time jobs," says Desai, "they set the fare so low that nobody could keep up. They do all this on the back of the drivers."

Since Uber's 2011 entry to the market the value of the license has gone down, pulling many drivers into ruin. "You grow up and 70 percent of your savings are simply gone," says Duncan. Nowadays the value of a medallion sits between $130,000 and $400,000 dollars. Drivers trying to sell their medallions over the internet suffer little chance of recovering their initial investment.

Because of this, drivers like Duncan must take as many riders as possible. The length of his work days has increased from ten to 18 hours while his income has fallen by nearly half, down to $32,000 from $60,000 a year. According to a statistics agency in New York the median income in 2016 was $45,000 a year, putting Duncan well below that.

Duncan does not own his own medallion but rents one from a taxi company. The costs to rent the car and medallion add up to $140 dollars a day, not including fuel. "I am just making enough to cover my expenses," says Duncan. "Uber started a downward spiral and the fares for everyone are going down," says Desai, "many of the UBER drivers are also driving full-time, often for multiple apps at the same time." 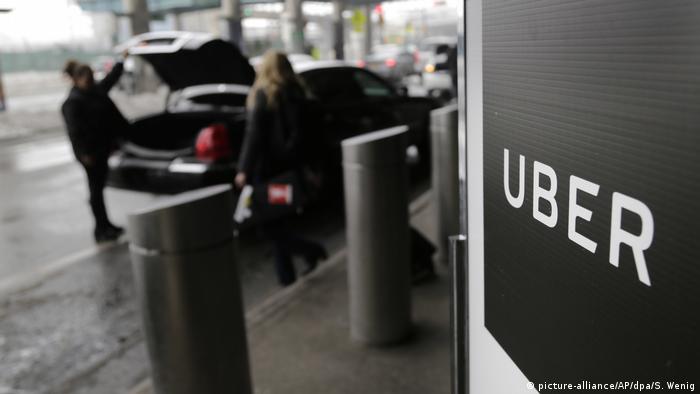 Uber claims the majority of their drivers are part-time, driving only as a side job. Employing their drivers as independent contractors means they have no access to benefits or health insurance.

Duncan has pity for even his competitors at Uber and Lyft, "We all fight the same fight, albeit for different sides." The power lies within the consumer that disputes this. Uber provides drivers to areas too geographically distant to be regularly profitable for Yellow Cabs. Over 50 percent of the Ubers drives begin outside of Manhattan, while 92 percent of Yellow Cab's journeys start in Manhattan. Duncan hopes for more initiative from passengers. At the beginning of last year an investigation by British data investigators revealed that New York Yellow Cabs are on average $1.40 cents cheaper than their competitors when hired for shorter distances.

Boycotts and procedures cannot do anything

The New York taxi industry has filed several lawsuits yet Uber continues moving forward with little regulation in New York. The taxi and limousine commission points out that Uber is just as regulated as other black cars — which is little. Duncan and other drivers hope the city will set a limit to new Uber-approvals.

The pressure on the taxi division in New York has also led taxpayers changing sides and choosing Uber more often. Even Duncan admits, "Uber is comfortable. The passenger does not have to wait in the rain, there are clear prices before the start." Duncan is proud of his yellow taxi. For him, change is out of the question: he would rather work in a fast food restaurant than drive for an app. "I remain true to the Yellow Cabs, I will fight!"