A lawsuit has alleged that Zoom breached users' privacy by sharing their personal data with Facebook, Google and other tech giants. The company denies this. 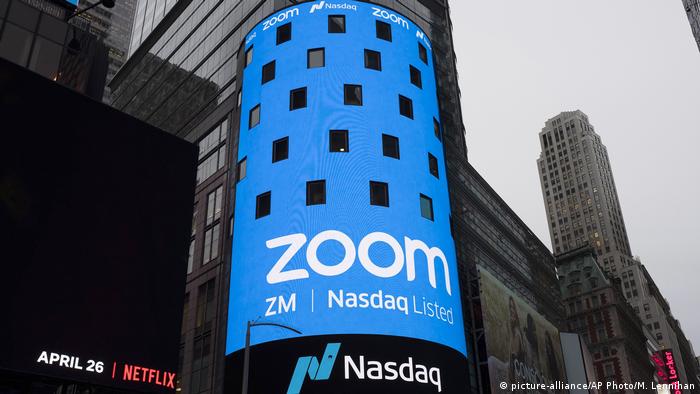 Zoom has agreed to settle a class-action privacy lawsuit in the United States for $85 million (€71 million), according to media reports.

It filed a preliminary settlement this weekend, in response to a 2020 lawsuit that claimed the company had shared users' personal data with Facebook, Google, and LinkedIn.

The lawsuit accused it of breaching the privacy of millions of people as a result.

Zoom has denied any wrongdoing, but said that it will tighten security features.

What is in the settlement?

The settlement, which is pending final approval by US District Judge Lucy Koh in San Jose, California, said that subscribers would be eligible for 15% refunds on their core subscriptions or a payout of $25, whichever is larger.

Nonsubscribers would be able to claim up to $15.

In its settlement proposal, the company said it would set up a "non-reversionary cash fund of $85 million to pay valid claims, notice and administration costs, service payments to class representatives, and any attorneys' fees and costs awarded by the court."

The settlement came after Judge Koh dismissed large parts of the lawsuit in March, but allowed some contract-based claims to proceed.

In a statement on Sunday, the company said security of its users was among its top priorities and that it took seriously its users' trust in the company.

Zoom, which burst into spotlight last year as ever more people began using it to communicate during the pandemic, collected approximately $1.3 billion in subscriptions from the class-action participants who paid for a subscription.

The plaintiffs' lawyer said that the $85 million was reasonable given other costs associated with litigation.

In the settlement, Zoom has also agreed to update security measures. It will alert users when meeting hosts or other participants use third-party apps, as well as provide employees with training on security and privacy issues.

Last year, there were additional concerns about strangers entering private meetings in what came to be known as "Zoombombing." The company has made the app much safer for users since then.