US whistleblower laws offer no protection

The White House says that Edward Snowden should have reported his concerns within the NSA, instead of revealing surveillance programs to the press. But who exactly do US whistleblower laws protect? 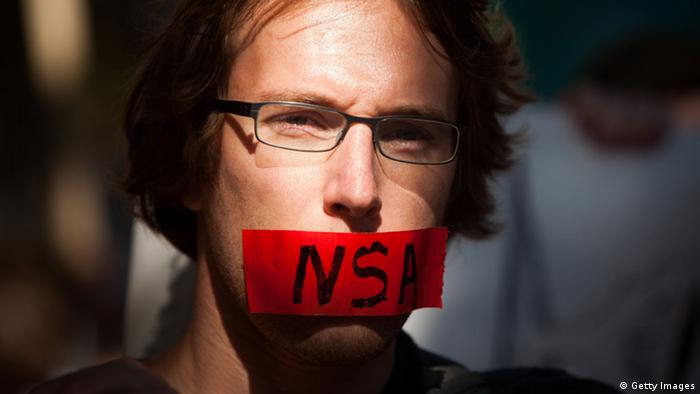 Some eight months before Edward Snowden leaked classified NSA programs to the press, US President Barack Obama issued an order extending whistleblower protections to employees of America's intelligence agencies. The White House often cites this fact when addressing the three felony charges against Snowden, in total carrying a maximum sentence of 30 years in prison. Two of those charges fall under the 1917 US Espionage Act.

In his January speech on NSA reform, President Obama said that he did not want to "dwell on Mr. Snowden's actions or his motivations." But five months earlier, the US commander-in-chief had already made clear that he did not view the 30-year-old as a whistleblower or patriot, saying that Snowden had failed to use official, non-public "proper channels" to express his concerns about NSA surveillance.

But Snowden has said that Obama's extension of whistleblower protections to the intelligence community, under Presidential Policy Directive 19 (PPD-19), does not cover government contractors. Before his disclosures, Snowden was an employee of the company Booz Allen Hamilton, which contracted with the National Security Agency.

"If I had revealed what I knew about these unconstitutional but classified programs to Congress, I could have been charged with a felony," Snowden said in a live, online question and answer session last Thursday.

'Death by a thousand cuts'

For years, would-be whistleblowers in the US intelligence community had no legal protections to shield them from retaliatory measures by their superiors. The Whistleblower Protection Act of 1989 covered most of the federal government with the glaring exception of the intelligence agencies.

But according to Thomas Drake, the act failed to adequately protect whistleblowers from retaliation. A former senior executive at the NSA, Drake blew the whistle on a failed surveillance program called Trailblazer. He used what the government calls "proper channels" to express his concerns about the program's exorbitant cost and its lack of privacy protections, reaching out to his immediate supervisor, the office of the inspector general, and the congressional intelligence committees.

"I was reprised against severely within the proper channels," Drake told DW. "I was identified as a troublemaker." 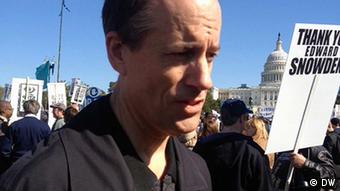 Drake called the NSA's response to his whistleblowing activities "death by a thousand cuts administratively and bureaucratically," saying that the agency found ways to change his job and cut his responsibilities. Ultimately, the NSA re-organized the section he worked in, leaving him with nothing but a "paper title." Drake resigned from the agency in 2008.

"There's nothing within the act that actually protects you. I don't have cause of action - I can't go to the courts for redress," he said, adding that his only recourse was to file evidence with the Defense Department inspector general's reprisal unit. According to Drake, the unit agreed that he had suffered from reprisal, but the case still has not completely resolved itself.

Drake only went public, contacting the Baltimore Sun newspaper, when he felt that the proper channels had failed. The federal government indicted him under the US Espionage Act for supposedly taking classified documents illegally, an allegation that unraveled before the trial. In the end, the government dropped the charges in exchange for Drake agreeing to plead guilty to one misdemeanor count of misusing a NSA computer. He was sentenced to a year of probation and 240 hours of community service.

Although the ICWPA covered both employees and contractors, US whistleblower laws have been changed through legislative and presidential action since the Drake case. In 2012, Congress passed and President Obama signed the Whistleblower Protection Enhancement Act. But the law excluded the intelligence agencies from coverage.

Although Obama had issued his directive that same year extending whistleblower protections to the entire intelligence community, PPD-19 only covers intelligence agency employees. Contractors, such as Edward Snowden, are not explicitly protected by the directive. Even for legal experts, it's unclear how exactly all of these different regulations interact with one another, and whether or not contractors such as Edward Snowden are covered by the whistleblower laws.

"No one knows exactly how those pieces are supposed to fit together," William C. Banks, an expert on national security law at Syracuse University College of Law, told DW. "But I think the trump card is the criminal law. Regardless of whether the contractor or a regular employee of a US agency is blowing the whistle, if he or she is at the same time violating a criminal law of the United States, the whistleblower protection is worthless."

Mark Zaid, an attorney in Washington, D.C., represents intelligence community whistleblowers. Zaid doesn't make use of the whistleblower protection laws when representing his clients, calling the provisions "inadequate." Obama's presidential directive, for example, is largely discretionary and doesn't actually guarantee whistleblowers protection. It only provides a process by which their claims of suffering from retribution can be addressed.

Nevertheless, Zaid said that Edward Snowden had a legal obligation to use the proper channels, even if the protection laws were insufficient. 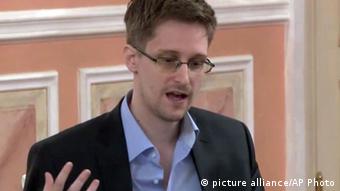 It's murky, at best, whether or not a contractor like Snowden was covered by the whistleblower laws

But according to NSA whistleblower Thomas Drake, the whistleblower system has been corrupted from within, which discourages people from coming forward.

"The reporting chains themselves largely serve to protect the institution from those that would expose it, even from those within," Drake said.

"…Especially when they see what happens to people like me, they will choose to remain silent, they will ultimately censor themselves and not report the wrongdoing, although they're in the best position to do so."

On Thursday, Edward Snowden held a live online chat to answer questions about his revelations. The Courage Foundation, which hosted the chat, offers people a way to contribute to Snowden's legal defense. (23.01.2014)

When he took office, Barack Obama vowed to create the most open government in history. That promise is being undercut by revelations about US surveillance efforts and the administration’s tough stance against leakers. (10.06.2013)