US: Turkey's Incirlik air base used to fight 'IS' is sealed off, power cut

The US consulate in Turkey says the Incirlik air base has been placed in lockdown. The base is used by the US-led coalition, including Germany, to launch airstrikes against "Islamic State." 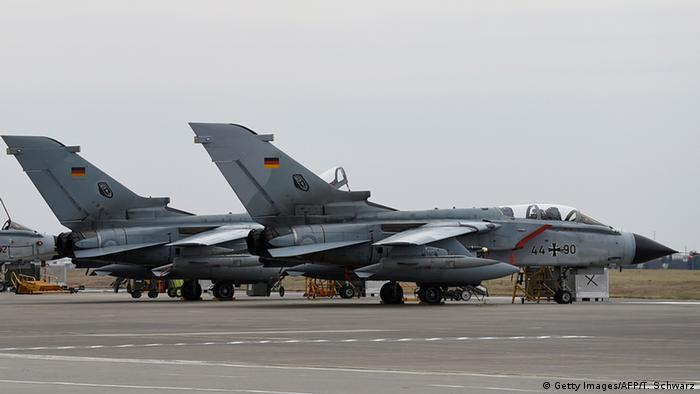 A message on the website of the US consulate in Adana said Saturday that "local authorities were denying movements [onto] and off of Incirlik air base." It advised US citizens to avoid the facility until normal operations had been restored.

The sealing-off of the facility, which houses as many as 80 nuclear bombs, follows a coup attempt by a faction within Turkey's military a day earlier.

It is unclear whether aircraft from the base were hijacked by coup plotters during the overnight events. According to Turkish government officials, the jets were used to attack key buildings, including the parliament building in Ankara.

A US defense official later told the Agence France-Presse news agency that military operations against IS had been suspended due to the lockdown and a closure of the airspace.

The base is used mostly by the US, Turkish, UK and Saudi air forces. Germany has also deployed some 400 soldiers to the facility.

Earlier this month, German MPs were prevented from visiting the base in an ongoing spat between Berlin and Ankara.

Also on Saturday, the US State Department warned American citizens against taking part in a pro-Erdogan demonstration in the city of Adana later in the day, amid fears of violence. Adana is just 10 kilometers (6 miles) from the Incirlik air base.