US to allow widespread export of armed drones to allied countries

The United States has said it is willing to sell armed drones to some of its allies as part of its fight against terrorism. The drones would only be sold to countries meeting specific requirements. 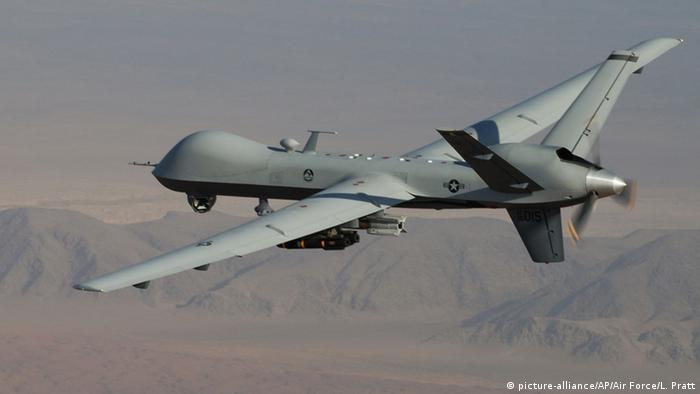 Washington announced on Tuesday that it would allow the export of armed drones to some allied countries as part of its counterterrorism program.

According to the US State Department, the US is the world leader in the development and deployment of unmanned aerial systems (UAS), or drones.

"As other nations begin to employ military UAS more regularly and as the nascent commercial UAS market emerges, the United States has a responsibility to ensure that sales, transfers and subsequent use of all US-origin UAS are responsible and consistent with US national security and foreign policy interests," the State Department said.

US officials did not specify the names of countries wanting to buy their drones, but a report from the Washington Post said that Italy, Turkey and US allies in the Persian Gulf were interested. The US was already exporting unarmed drones for surveillance purposes to NATO allies.

The strategy was part of the US' bigger plan to coordinate with other countries selling unmanned aerial systems. Earlier, drone sales were governed by regulations that denied requests except in highly unusual circumstances. Drones with a payload of 500 kilograms (about 1,100 pounds) and a range of over 300 kilometers (186 miles) and more would still be subject to strict regulations.

US drones were deployed for surveillance, intelligence-gathering and airstrikes in anti-terror campaigns in Afghanistan, Iraq, Yemen, Somalia and Libya.

Their deployment drew controversy after reports claimed that more than 2,600 civilians had died in drone strikes in the tribal areas of Pakistan.