US threatens EU with new tariffs over Airbus subsidies

The Trump administration has lashed out at Brussels for subsidies received by aerospace giant Airbus. A US official has described growing impatience in Washington, saying: "The time has come for action." 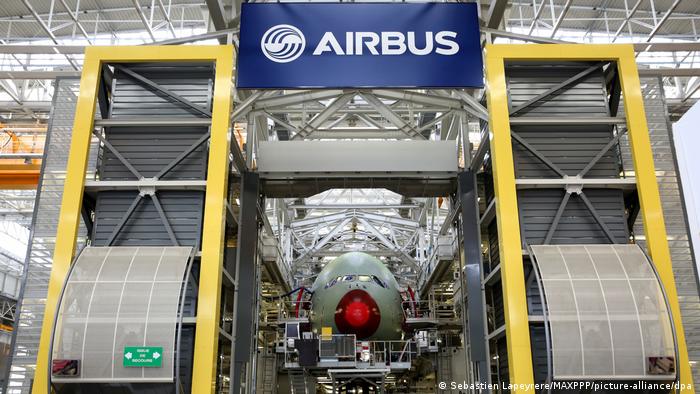 The White House on Monday threatened to impose new tariffs on European products over subsidies to aerospace giant Airbus.

Relations between the US and the European Union have dived under President Donald Trump, in part because of his "America First" approach that emphasizes protectionist policies aimed at shoring up American industry.

Trump commented on the tariffs on Twitter on Tuesday, saying "The EU has taken advantage of the US on trade for many years. It will soon stop!"

What the US Trade Representative said:

US Trade Representative's office said a number of civil aviation sector products could be hit with tariffs, including Airbus aircraft.

The threat comes as Boeing, the US aerospace giant, suffers major share price losses after its 737 MAX was grounded following two deadly crashes.

Does Airbus benefit from subsidies?

For years, the US has tried to pressure the EU — especially member states France, Germany, Spain and the UK — into dropping subsidies for Airbus.

In 2011, a World Trade Organization (WTO) report found that the European aerospace company had benefited from more than €16 billion ($18 billion) in subsidies from 1968 to 2006.

The EU responded by removing certain subsidies, but Washington said that wasn't enough. The US has continued to push proceedings at the WTO, which is expected to reach a result from the arbitration later this year.