US suspects in escape of Nissan chief Ghosn arrive in Japan

A father and son accused of helping former Nissan chief Carlos Ghosn have arrived in Japan after their extradition from the US. The pair had appealed, claiming they faced "torture-like" conditions. 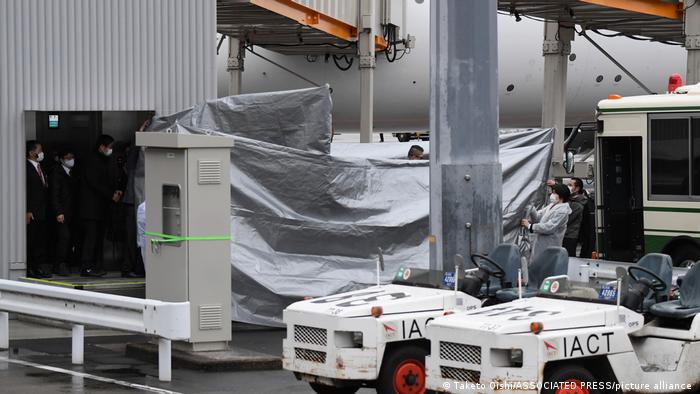 Two suspects who were extradited from the US over their alleged involvement in the escape from Japan of Nissan boss Carlos Ghosn arrived in Tokyo on Tuesday.

Ghosn, who was charged with financial misconduct, fled the country in what Japanese prosecutors have termed "one of the most brazen and well-orchestrated escape acts in recent history."

How did the Nissan boss escape?

The operation was allegedly staged by former US special forces member Michael Taylor and his son Peter.

The escape in December 2019 saw Ghosn boarding a train from Tokyo to Osaka before evading security checks at Kansai airport.

The former head of the Renault-Nissan-Mitsubishi Motors alliance was packed into an audio-equipment case and flown out of the country aboard a private jet. As an oversize package being loaded onto a private plane, the case was never scanned.

The escape infuriated Japanese officials, especially given that prosecutors had regularly argued against the business boss's release on bail, arguing that he was a flight risk.

How did the pair end up being extradited?

The two men's lawyers waged a legal battle lasting months to avoid being sent to Japan to face charges of helping Ghosn escape. The defense team argued that they could not be prosecuted for helping someone "bail jump."

The lawyers said that, if extradited, the men faced the prospect of relentless interrogations and torture.

Under Japanese law, suspects can be held for up to 20 days before they are indicted or released. They are not allowed to have lawyers present during questioning by prosecutors, and defendants are often refused bail by courts. 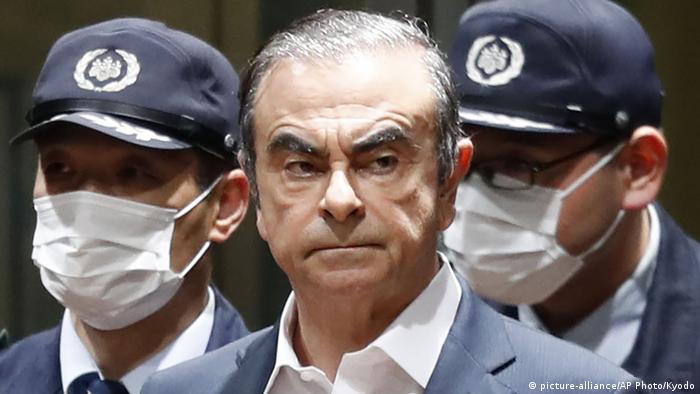 The Taylors lost their extradition battle in February after their arrest last May by US authorities in Massachusetts.

The pair landed at Narita airport outside Tokyo and will be taken to a detention center after clearing immigration and taking a COVID-19 test.

What about Ghosn himself?

Ghosn is now beyond the reach of Japanese justice in Lebanon, which has no extradition treaty with Tokyo. Born in Brazil, Ghosn also has French and Lebanese citizenship.

However, the repercussions continue from both the original case against him, and his escape from Japan.

A former close aide at Nissan, Greg Kelly, is currently on trial for his alleged part in underreporting Ghosn's income. Nissan has also faced charges in the case and has pleaded guilty.

Last month, a Turkish court sentenced two pilots and another employee of a small private airline to four years and two months in jail for helping Ghosn to escape.

During his escape, Ghosn transited in Turkey — switching planes on his way to Lebanon.

The auto executive was originally arrested in Tokyo in November 2018 and charged with breach of trust and falsifying financial documents.

Former Renault and Nissan boss Carlos Ghosn has skipped bail in Japan and fled to Lebanon. The businessman is facing graft charges which his lawyers dismiss as a conspiracy.