Justice Stephen Breyer is considered to be a member of the court's liberal wing. US President Joe Biden has promised to nominate a Black woman in the case of a Supreme Court vacancy. 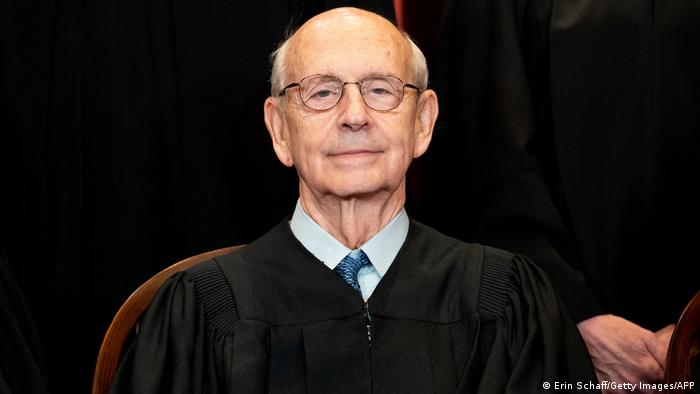 US Supreme Court Justice Stephen Breyer is soon expected to announce his retirement, AP news agency, CNN and other US outlets reported on Wednesday.

Breyer will announce his retirement during an event with US President Joe Biden on Thursday, according to The New York Times. He would step down at the end of the current Supreme Court term in June.

Breyer, who was nominated by US President Bill Clinton in 1994, is considered to be a part of the court's liberal wing.

The 83-year-old supports abortion rights and is firmly opposed to the death penalty. He also backed same-sex marriage and ruled in favor of environmental protection.

In recent years, he has refuted allegations that the court is becoming increasingly politicized.

Breyer grew up in a middle-class Jewish family in San Francisco. He attended Stanford University, the University of Oxford and Harvard Law School. He worked as a professor and lecturer before serving as a judge in the federal court system.

How have US lawmakers reacted?

US Senate Majority Leader Chuck Schumer, a Democrat, praised Breyer's life work in a statement and said a replacement will be confirmed "with all deliberate speed."

Senate Judiciary Committee Chairman Dick Durbin also said he would move "expeditiously" through the confirmation process and thanked Breyer for his decades of public service.

To confirm Breyer's potential replacement, all 50 Democratic members of the Senate will need to vote in favor.

"If all Democrats hang together — which I expect they will — they have the power to replace Justice Breyer without one Republican vote in support," Republican Senator Lindsey Graham tweeted.

Filling the vacancy would allow Biden to shape the nation's highest court by replacing a liberal voice after the court took a markedly conservative turn under former President Donald Trump.