Capable of traveling more than five times the speed of sound, a new generation of missile systems are being designed for speed, stealth and surprise. Russia is already working on developing its own weapons system. 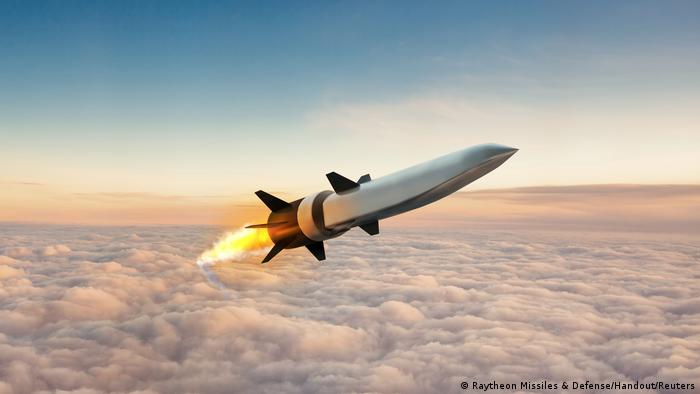 A so-called HAWC missile is designed to outmaneuver detection systems

The United States tested an advanced hypersonic missile system last week that will "offer next generation capability" to the US military, the Pentagon's Defense Advanced Research Projects Agency (DARPA) said on Monday. The test flight comes just a few months after Russia tested a similar missile.

The US missile system, called a "Hypersonic Air-breathing Weapon Concept" (HAWC), was developed by the aerospace and defense giants Raytheon Technologies and Northrop Grumman.

How was the missile tested?

During the test, which was carried out in partnership with DARPA and the US Air Force last week, the missile was released from under the wing of an aircraft, and seconds later a rocket booster kicked in propelling it faster than the speed of sound, or Mach 1.

Then a secondary engine built into the missile, called a "scramjet," turned on and accelerated the missile to hypersonic flight.

Hypersonic speed is considered anything faster than Mach 5, or five times the speed of sound, equivalent to just over 100 kilometers (60 miles) per minute or about a mile every second.

After the test, the companies are on track to deliver a prototype system to the US Department of Defense, Raytheon said in a statement.

Monday's successful test was the first of this weapon's class since 2013, the Pentagon said.

How does HAWC work?

Scramjet engine technology works by compressing the air that the missile is flying into at speed, and mixing it with the fuel it carries, allowing it to sustain supersonic speed for long periods of time.

"The HAWC vehicle operates best in oxygen-rich atmosphere, where speed and maneuverability make it difficult to detect in a timely way," DARPA said in a statement. "It could strike targets much more quickly than subsonic missiles and has significant kinetic energy even without high explosives."

Catching up with Russian missiles

The US test comes after Russia carried out tests of hypersonic missile systems, which President Vladimir Putin has called "invincible" and unrivaled anywhere in the world. 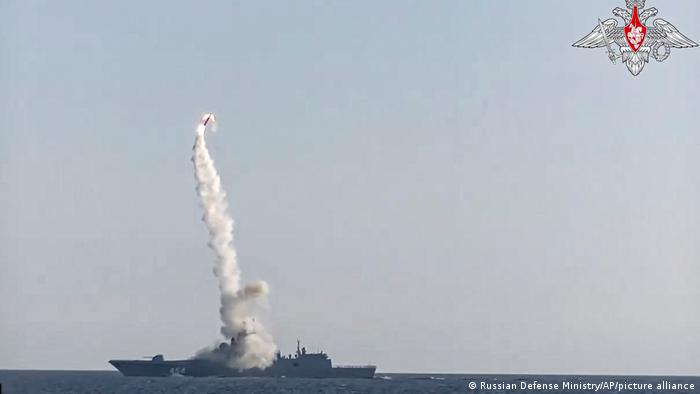 Along with the US and Russia, China, France and other major powers have also announced plans to develop their own hypersonic weapons.