The military tested a new Zircon hypersonic cruise missile. Russian President Vladimir Putin has praised the weapon as part of a new generation of missile systems. 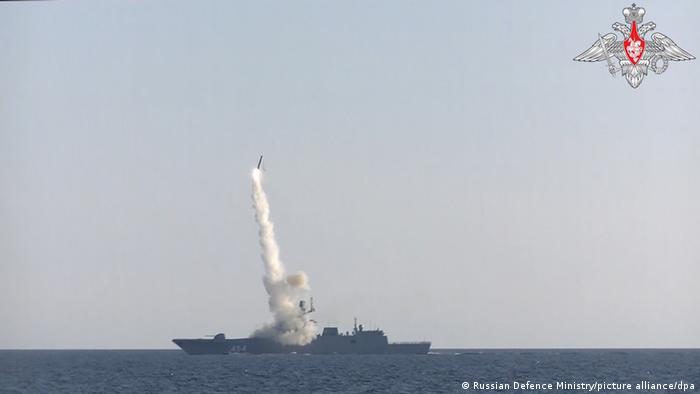 The missile had been fired from the Admiral Gorshkov, a warship in the White Sea. The missile successfully hit a target more than 350 kilometers (about 217 miles) away on the coast of the Barents Sea.

"The tactical and technical characteristics of the Tsirkon missile were confirmed during the tests," the ministry said.

Russian President Vladimir Putin has said the Zircon missile would be capable of flying at nine times the speed of sound and have a range of 1,000 kilometers.

The military had done a previous test launch in October last year on Putin's birthday.

Putin at the time said "equipping our armed forces, the army, and the navy, with the latest, truly unparalleled weapon systems will certainly ensure the defense capability of our country in the long term.''

Russia has been questioned over its advanced new generation of weapons. Some Western experts say the missiles are particularly difficult to track and intercept.

Moscow plans to fit the Tsirkon missile system to its submarines and surface ships.

In 2018, Putin announced an array of new hypersonic weapons, saying they could hit almost any point in the world and evade a US-built missile shield.

He later threatened to deploy hypersonic missiles on ships and submarines that could lurk outside US territorial waters if the US moved to deploy intermediate-range nuclear weapons in Europe.

The US has not deployed such missiles in Europe, but Russia is worried it might.