Online study aids used by US soldiers stationed at nuclear bases around Europe have been found to contain sensitive details. An investigation by Bellingcat uncovered the leak. 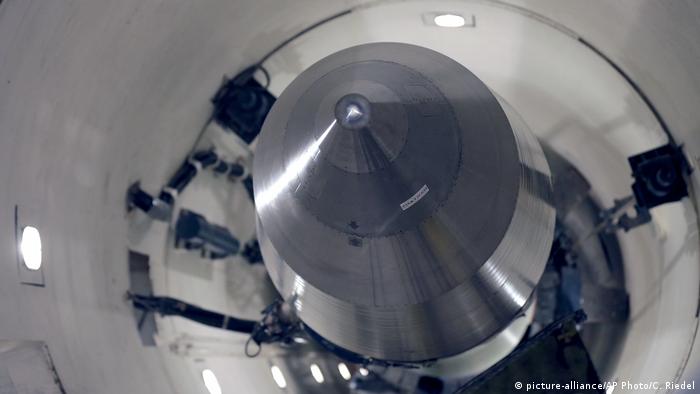 The military personnel turned to sites such as Quizlet, Chegg Prep and Cram to memorize codes, jargon and even the status of nuclear vaults, according to the report.

While European governments generally refuse to confirm or deny the specific locations of US nuclear weapons being stored within their borders, leaked documents, photos and comments by retired officials often confirm the presence of the weapons.

The latest leaks, however, have gone so far as to identify the exact number and location of the weapons within the bases, including whether the vaults they are stored in are "hot" — with live weapons — or "cold."

How did Bellingcat discover the secret information?

The author of the investigative piece, Foeke Postma, explained that the researchers were able to discover the flashcards belonging to the active soldiers by searching for certain terms known to be associated with nuclear bases.

The result was the unearthing of several sets of flashcards revealing information about several bases around Europe, including in Germany, the Netherlands and Turkey.

One set of 70 cards with the title "Study!" disclosed the number of live and non-live nuclear weapons at the Volkel Air Base in the Netherlands, which the Dutch government considers a secret.

Other sets revealed how soldiers are supposed to react to various levels of alarm, where security cameras are located on site, and "duress words" that soldiers give over the phone to show that they had been, for example, taken hostage by attackers.

How have people reacted to the leak?

Bellingcat discovered flashcards dating back as far as 2013 and as recent as April 2021.

The site contacted NATO and the US military for comment before publishing their story, after which the cards that had been discovered were removed.

Director of the East Asia Nonproliferation Program at the James Martin Center for Nonproliferation Studies, Jeffrey Lewis, spoke to Bellingcat about the leaks, calling them a "flagrant breach" in security practices.

He added that the secrecy over nuclear weapons in Europe is not about protecting the weapons, but rather protecting political and military leaders from having to "answer tough questions about whether NATO's nuclear-sharing arrangements still make sense today. This is yet one more warning that these weapons are not secure."

The foreign minister says the UK's decision to expand its nuclear stockpile goes against disarmament efforts. He sat down with DW's Chief International Editor Richard Walker in Berlin to talk about this and other issues.