The US Senate has confirmed Gina Haspel as CIA director despite criticism of her role in running a secret "black site" where suspected terrorists were tortured. 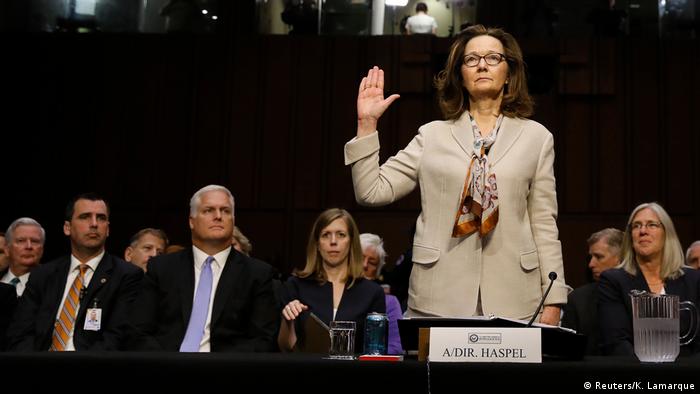 The US Senate voted 54-45 in favor of Gina Haspel's nomination on Thursday, making her the first woman to head the CIA. A simple majority in the 100-seat body was needed.

Republican Senator John McCain, who is undergoing cancer treatment outside of Washington, did not vote. A victim of torture as a prisoner of war during the Vietnam War, he had urged Senate colleagues to reject Haspel's nomination.

Six Democrats, four of whom face re-election in the fall in states where President Donald Trump is popular, joined Republicans in voting for Haspel. Two Republicans voted no. That a half-dozen Democrats backed Trump's nomination revealed divisions within the party, with the progressive wing responding with biting criticism of those fellow Democrats.

Haspel was CIA station chief in Thailand in 2002 when the agency conducted harsh interrogations including waterboarding of suspected terrorists at secret "black site" facilities abroad following the September 11, 2001 terror attacks. She was later involved in the destruction of videotapes of those interrogations.

During Haspel's confirmation process critics said she was not forthcoming about her role in the torture program, known as enhanced interrogation, and destroyed evidence. They also questioned her commitment not to reinstate such an illegal program in the future.

Senator Dianne Feinstein, a top Democrat on the Senate intelligence committee, echoed the sentiment of Haspel's opponents in the Senate.

"It's a complete disgrace to our democracy that senators refused to do their jobs to uphold transparency and accountability," said Christopher Anders of the civil right's organization.

Laura Pitter of Human Rights Watch called Haspel's confirmation "the predictable and perverse byproduct of the US failure to admit that CIA torture was a crime."

Supporters of Haspel pointed to her 33 years in the CIA, mostly as an undercover agent. During the nomination process, she had gained the support of six former CIA directors and three former national intelligence directors.

Ahead of the vote, McConnell said Haspel "demonstrated candor, integrity, and a forthright approach" during the confirmation process and that she "has quietly earned the respect and admiration" the intelligence community at home and abroad.

Trump nominated Haspel, then deputy director, to lead the CIA in March after Mike Pompeo moved from the spy agency to lead the State Department. She has been acting director since Pompeo was confirmed as secretary of state.

Senator John McCain, who was tortured as a prisoner of war in North Vietnam, has urged lawmakers to reject Gina Haspel. Haspel told lawmakers she would not allow the CIA to undertake activity she found "immoral." (10.05.2018)