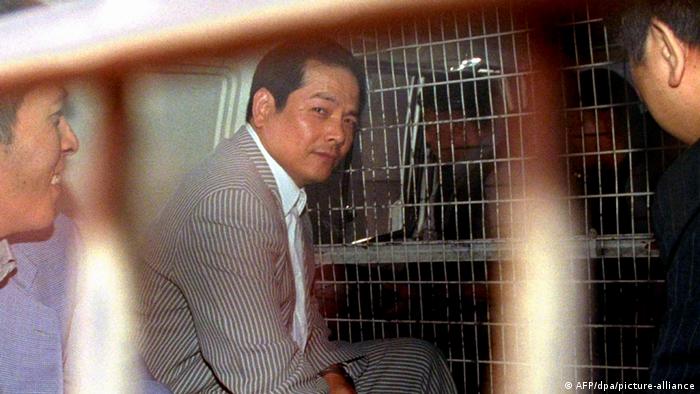 The US Treasury on Wednesday slapped sanctions on a notorious Chinese organized crime figure alleging that he expanded his criminal activities across Southeast Asia through a state-backed infrastructure project.

Wan Kuok Koi, also known as "Broken Tooth," is the head of the powerful 14K triad, or organized crime group, which "engages in drug trafficking, illegal gambling, racketeering, human trafficking, and a range of other criminal activities," the Treasury said.

Wan had built his operations in Cambodia, Myanmar, and Palau since he was released from Macau prison eight years ago, it said. The 65-year-old Chinese crime boss spent 14 years in jail over a string of murders and bombings in Macau before being released in 2012.

Ties to Belt and Road Initiative

The Treasury said that Wan, as a member of the Communist Party of China's Chinese People's Political Consultative Conference, attached his criminal operations to Beijing's Belt and Road initiative, a massive infrastructure project that aims to build trade and transport links from East Asia to Europe.

The Cambodia-based association has been involved in criminal activities such as, developing and launching cryptocurrencies, dealing in real estate and casinos, and establishing a security company focused on BRI investments, it said.

The US also blacklisted Harry Varney Gboto-Nambi Sherman, a Liberian senator and head of the Liberian Senate Judiciary Committee, and Raimbek Matraimov, a former deputy of the Kyrgyz Customs Service, for his alleged involvement in a money-laundering scheme.

The sanctions seek to freeze all assets of those individuals and companies that fall under US jurisdiction and ban Americans, as well as US firms from dealing with them.