US President Donald Trump has tried to clarify his comments about a non-existent terror incident in Sweden. He said his remarks referred to a television report on immigrants. 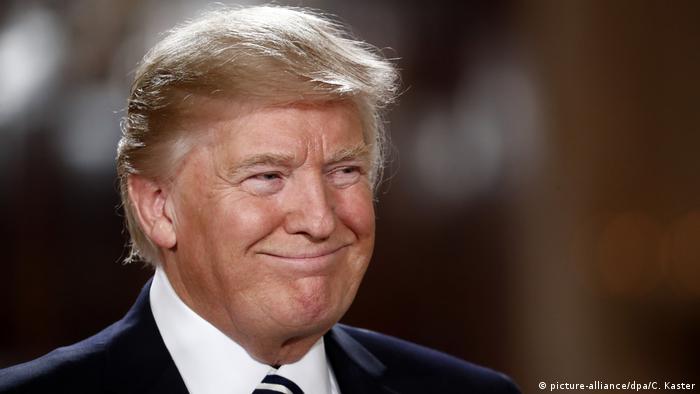 President Trump's comments about Sweden at a rally in Florida at the weekend caused confusion in the Scandinavian state.

"You look at what's happening last night in Sweden. Sweden. Who would believe this? Sweden," Trump said. "They took in large numbers. They're having problems like they never thought possible," he continued, implying the country had been the victim of a terrorist attack.

Sweden's official Twitter account, which is "curated" by private citizens, responded confirming that "nothing has happened" and that "all is fine here," but the volunteer monitoring the account wrote his appreciation for apologetic comments from US citizens.

On Sunday, Trump tweeted that his statement was in reference to a Fox News report on immigrants and Sweden. On Friday, the network had aired an interview with documentary film maker Ami Horowitz about the alleged effects of immigration in Sweden.

A number of officials have dismissed the documentary which alleges a rise in violent crime after a rise in the number of refugees coming to the country. Official statistics show that Sweden's crime rate has fallen since 2005 even as it has taken in hundreds of thousands of immigrants.

Trump took to Twitter again on Monday, attempting to shift focus back to Sweden's ability to integrate immigrants.

"The FAKE NEWS media is trying to say that large scale immigration in Sweden is working out just beautifully. NOT!" the president wrote.

With a population of around 9.5 million, Sweden has taken in nearly 200,000 refugees, mainly from Syria, Afghanistan and Iraq. The policy has meant the Scandinavian country has taken in more refugees per capita than any other European nation.

The Swedish Embassy to the US tweeted on Sunday that it looked "forward to informing the US administration about Swedish immigration and integration policies."

Foreign Minister Margot Wallstrom posted an excerpt of a speech in which she said democracy and diplomacy "require us to respect science, facts and the media."

Carl Bildt, published a Tweet parodying Trump's style on the social media platform. He noted there were 50 percent more murders in Orlando, the city where Trump made his original claim, than in the whole of Sweden, ending his Tweet with the statement "Bad."

There 112 confirmed cases of lethal violence in Sweden in 2015, according to the Swedish National Council for Crime Prevention - a rate of about 1.1 deaths per 100,000 residents.

There were 102 total homicides in Orange County in 2015, according to government statistics compiled by Florida daily the "Orlando Sentinel" - a rate of 8.1 murders per 100,000 residents.

As part of the online response to Trump's comments, there has been a search for actual events in Sweden last Friday under the hashtag #lastnightinsweden. They ranged from preliminary rounds for Sweden's entry to the Eurovision Song Contest to a bad snowstorm.