The captain of a US Navy aircraft carrier facing a growing outbreak of the coronavirus on his ship has been fired for writing a letter immediate action. Acting Navy secretary said the commander exercised poor judgment. 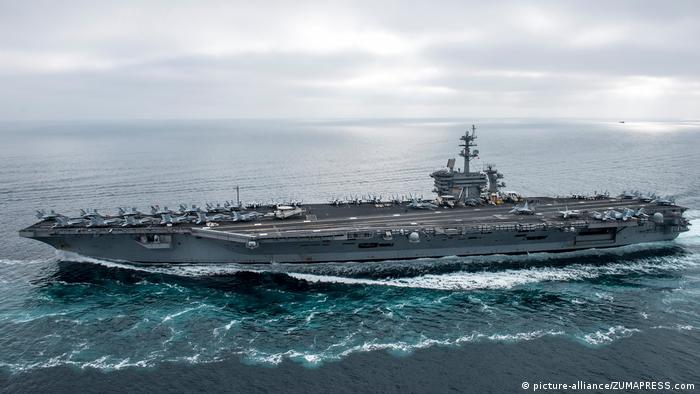 The US Navy on Thursday relieved the commander of the aircraft carrier Theodore Roosevelt, Captain Brett Crozier, who wrote a scathing letter that leaked to the public asking for stronger measures to control a coronavirus outbreak onboard his warship.

Acting Navy Secretary Thomas Modly said Crozier "demonstrated extremely poor judgment" in the middle of a crisis. He said the captain copied too many people on the memo, which was leaked to a California newspaper and quickly spread to many news outlets.

Modly's decision was immediately condemned by members of the House Armed Services Committee, who called it a "destabilizing move" that will "likely put our service members at greater risk and jeopardize our fleet's readiness."

Modly told Pentagon reporters during an abruptly called press conference Thursday that Crozier should have gone directly to his immediate commanders, who were already moving to help the ship. And he said Crozier created a panic by suggesting 50 sailors could die.

The USS Theodore Roosevelt, with a crew of nearly 5,000, is docked in Guam, and the Navy has said as many as 3,000 will be taken off the ship and quarantined by Friday. More than 100 sailors on the ship have tested positive for the virus, but none are hospitalized at this point.

In his four-page letter, Crozier described a bleak situation aboard the nuclear-powered carrier as more sailors tested positive for the highly contagious respiratory virus.

He called for "decisive action": removing over 4,000 sailors from the ship and isolating them. He said that unless the Navy acted immediately, it would be failing to properly safeguard "our most trusted asset — our sailors."

The letter put the Pentagon on the defensive about whether it was doing enough to keep the warship's crew members safe, and alarmed the families of those aboard the vessel, whose home port is in San Diego.

The Theodore Roosevelt is just the latest example of the spread of the respiratory virus within the US military. Navy officials say that sailors onboard several ships have tested positive, including an amphibious assault ship at port in San Diego.