As US President Donald Trump takes credit for Exxon's creation of 45,000 new jobs, a US paper says the pledge is four years old. The revelations put another damper on the billionaire's vow to bring back American jobs. 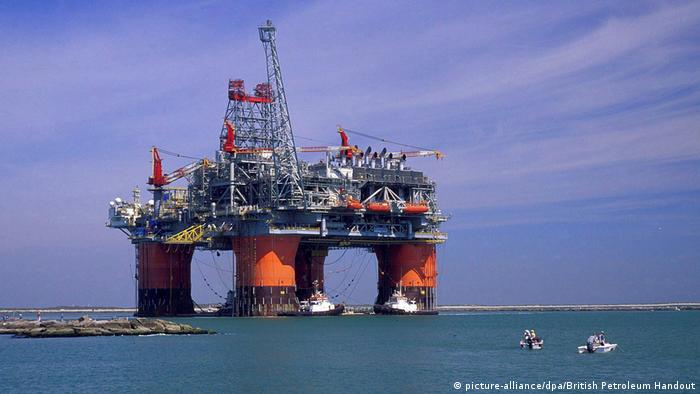 "The Washington Post" reported on Tuesday that US energy giant Exxon Mobil's promise of a new 10-year $20 billion (18.9-billion-euro) investment in America's Gulf Coast region had already been declared in 2013.

Exxon said Monday that it would create 45,000 new jobs across several southern US states as it sought to boost funding for its refineries, chemical and liquefied natural gas plants. The company said 12,000 permanent jobs and 35,000 construction jobs were planned, many of them high-paying jobs averaging about $100,000 a year.

US President Donald Trump quickly claimed credit for the new positions, saying it was another example of American firms "bringing back the jobs."

In a video uploaded to social media, Trump insisted the decision was "to a large extent because of our policies and the policies of this new adminstration."

But the "Washington Post" interviewed an oil analyst who described Exxon's announcement as "nothing new or newsworthy." 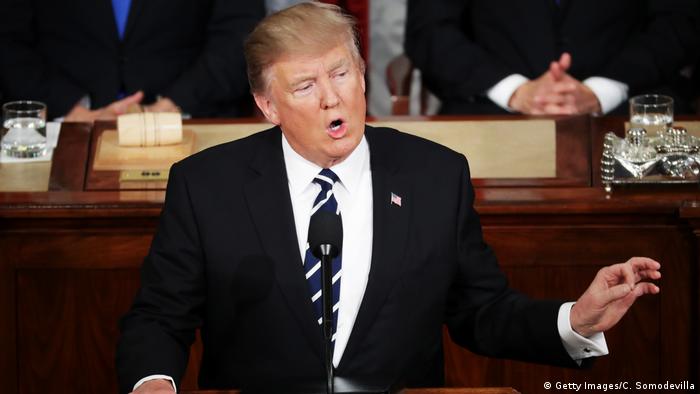 "Plenty of companies, across various industries, have been touting their US job creation efforts in order to get on the Trump administration's good side - even when the underlying job creation has little or nothing to do with Washington policy. This is simply the latest example of that,” Pavel Molchanov from investment firm Raymond James told the US daily.

Furthermore, the paper revealed that a White House press release had copied almost an entire paragraph from the Exxon Mobil statement on the Gulf Coast investment. The two paragraphs were shown on a Tweet from Washington Post data journalist Christopher Ingraham.

Tuesday's spin isn't the first time Trump has taken credit for new job pledges by US firms after he won the White House on a promise to bring back many of the jobs that were offshored as the country deindustrialized over the past three decades.

Donald Trump's election win came down to small towns like Ansonia, Connecticut, where 59 percent cast their ballots for him. Locals here are looking forward to seeing what their president will do, reports Andrew Purcell. (17.01.2017)

But many of those firms are also leading ambitious plans to automate retail, manufacturing and distribution jobs.

In January, the "Wall Street Journal" (WSJ) reported that the touting of 130,000 jobs, ignored that many of the investments pre-dated the US election last November.

Despite Trump's insistance that "there is an incredible spirit of optimism sweeping the country right now," US automaker General Motors confirmed on Monday it was cutting 1,100 jobs at its factory in Lansing, Michigan. The WSJ reported that the company has now shed around 4,400 jobs in six months.

Several analysts have accused the billionaire of jawboning America's biggest corporations, who can only promise to create so many jobs.

Some experts believe Trump's administration will struggle to achieve his pledge to Congress of "bringing back millions of jobs" due to increased factory automation and competition from abroad.