A NATO airstrike has killed at least eight soldiers at a checkpoint in eastern Afghanistan's Logar province. US military officials are investigating the incident. 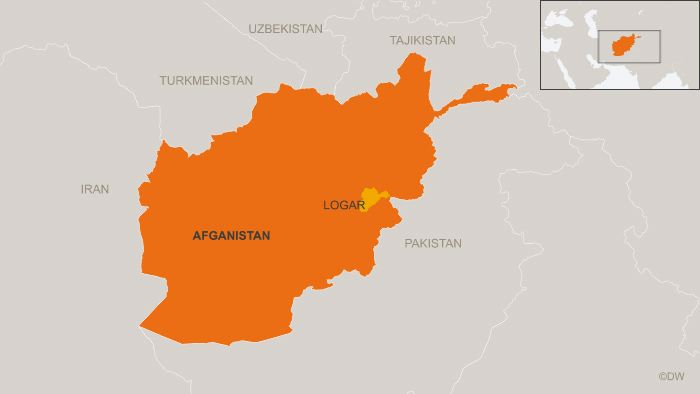 Afghan officials said the raid hit an army checkpoint on Monday, in an area largely controlled by Taliban insurgents about 50 kilometers (30 miles) south of the capital, Kabul. At least four Afghan soldiers were wounded in the strike.

"The checkpoint caught fire... and 10 Afghan army soldiers were killed," he said.

District governor Mohammad Rahim Amin said the NATO strike appeared to be a mistake, possibly due to poor communication in a territory where Taliban militants are particularly active.

A US military spokesman in Afghanistan, Col. Brian Tribus, said he was aware of the incident.

"It is under investigation," he said.

The NATO-led coalition ended its combat mission in the country at the end of last year, but US forces are still involved in training and some counterterrorism operations, including airstrikes. The withdrawal of NATO troops saw an increase in Taliban attacks on Afghan police and soldiers.

Afghan officials met with the Taliban in Pakistan earlier this month for historic talks aimed at ending the insurgency. The rival parties are expected to meet again in the coming weeks.

At least 10 police officers have been killed in a suicide attack in eastern Afghanistan. There was no claim of responsibility for the latest in a series of recent attacks on security forces in the country. (17.02.2015)