An independent body of the Justice Department has launched an inquiry into allegations of "improper considerations" at the FBI. Democrats have accused the bureau's director of undermining her presidential campaign. 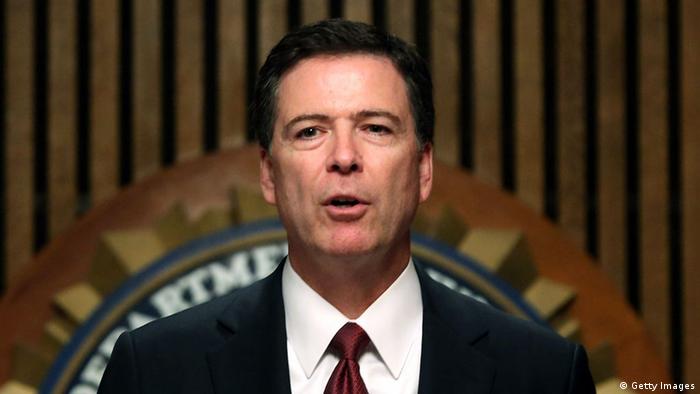 Many of President Barack Obama's key achievements, like health care reform or the Iran deal, could be diluted or erased by the new Trump administration. But there are at least two historic successes that won't go away.

The US Justice Department's inspector general on Thursday announced it would examine allegations concerning actions taken by the Federal Bureau of Investigation (FBI) ahead of November's presidential elections.

Inspector General Michael Horowitz said in a statement that the inquiry would review allegations of "improper considerations" taken by the FBI when its director, James Comey, publicly announced developments in an investigation into Hillary Clinton's use of a private email server during her time as US state secretary.

He said the review was initiated after requests from "numerous chairmen and ranking members of congressional oversight committees, various organizations and members of the public."

In July, Comey said Clinton was "extremely careless" for using a private server during her time as state secretary, but recommended no charges against the former senator.

However, the FBI director in October told Congress that the bureau had opened a new inquiry into Clinton after emails had been discovered on the computer of disgraced lawmaker Anthony Weiner, the husband of one of her top aides.

On November 6, two days before the election, Comey announced that authorities had not discovered classified content in the newfound emails.

Democrats have accused Comey of tarnishing Clinton's image shortly before the vote and ultimately costing her the election.

Horowitz's announcement comes a little over a week before Clinton's rival President-elect Donald Trump is scheduled to swear the oath of office.

Obama's Legacy - Can It Survive Trump?