R&B singer R. Kelly was accused of sexual abuse, including of children, and trafficking for more than two decades. 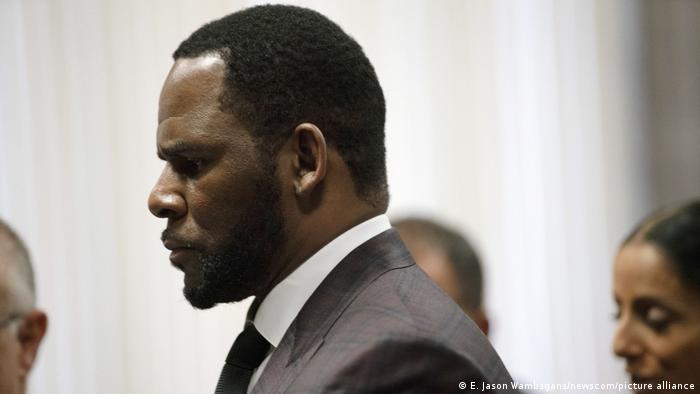 The famous popstar was found guilty of sex abuse

R. Kelly was convicted by a US federal jury on Monday of all nine charges, including racketeering, in his sex trafficking trial.

A jury of seven men and five women found the singer, whose full name is Robert Sylvester Kelly, guilty on their second day of deliberations.

His sentencing is scheduled for May 4.

What was the case against R. Kelly?

In a trial lasting five and a half weeks, prosecutors argued that the singer exploited his stardom over a quarter-century to lure women and underage girls into his orbit for sex.

Prosecutors said the singer had an entourage of managers and aides who helped him to meet girls and then control them and stop them from speaking up about the abuse. Some were plucked from crowds at his concerts.

Prosecutors said his actions amounted to a criminal enterprise.

In addition to racketeering, Kelly was convicted on Monday of eight counts of violating the Mann Act. The act prohibits transporting people across state lines for prostitution.

The racketeering charge gave prosecutors the chance to present evidence that might otherwise be too old to prosecute.

His lawyers tried to portray Kelly's accusers as former fans who felt jilted when they fell from his favor, and that their sex with Kelly was consensual.

They also questioned why accusers remained in contact with Kelly and why they took so long to come forward or inform the police.

Witnesses said some victims had hoped Kelly could jumpstart their careers, only to find he demanded their strict obedience and would punish them if they did not comply.

Several witnesses testified that Kelly instilled fear if his victims did not fulfill his every need, sexual and otherwise.

Jurors heard how Kelly would compel victims to follow special rules, including that they call him "Daddy" and get permission to eat or go to the bathroom.

One witness hoping to interview him for a radio station said he locked her up for at least two days without food or water before assaulting her.

Kelly's attorney Deveraux Cannick told journalists outside the courtroom that they would be "considering" an appeal.

"We're disappointed with the verdict," he added.

Kelly still faces federal charges in Chicago on child pornography and obstruction, and state charges in Illinois and Minnesota.