The bill passed with a comfortable majority though representatives from both parties voted against it. President Trump sowed confusion prior to the vote, which is expected to pass the Senate before expiring next week. 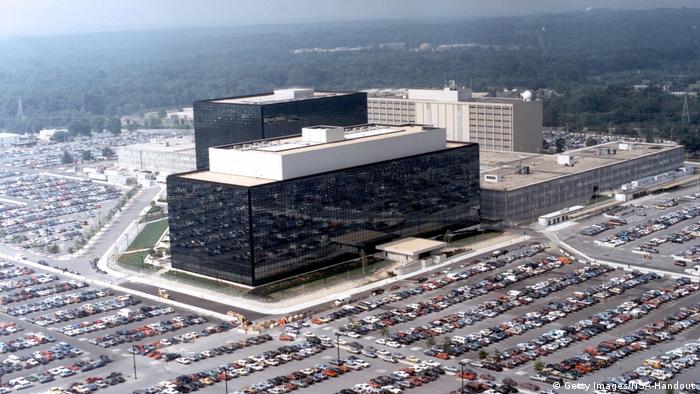 The US House of Representatives has passed a bill to renew sweeping surveillance powers for the government's intelligence agencies. The vote on Section 702 of the Foreign Intelligence Surveillance Act (FISA), which must be renewed every five years and is set to expire on January 19, passed on Thursday by a 256 to 164 margin. Notably, 45 Republicans voted against it.

The law allows US intelligence services to collect information on foreign targets located outside the United States and is seen by the intelligence community as its key national security surveillance tool. Section 702 lets agencies collect phone records, e-mails and other electronic communications from US companies such as Facebook, Google and Verizon. Proponents of the bill say it is essential in safeguarding America against terrorist attacks.

Opponents, however, claim it allows intelligence agencies to collect and scour massive amounts of data from US citizens. Section 702 was added to the 1978 FISA law in 2008 after it was discovered that the Bush administration had conducted large-scale illegal surveillance of American citizens in the wake of 9/11.

Civil liberty proponents' warnings of abuse were strengthened when National Security Agency (NSA) contractor Edward Snowden leaked classified documents in 2013, revealing the extent to which the intelligence community was in fact illegally spying on US citizens. Many civil liberties organizations and a number of US congressional members have argued for tighter control over that practice.

Efforts by Democrats and some conservative and libertarian Republicans to ensure that the agencies be required to get specific warrants for exploiting US citizens' data acquired through so-called "incidental collection" failed to gain support. The American Civil Liberties Union (ACLU) said the bill, "fails to meaningfully restrict the use of Section 702 to spy on Americans without a warrant."

Contradictory early morning tweets by President Donald Trump sparked confusion prior to the House vote. It appears that a direct plea delivered on the president's favorite morning show, "Fox & Friends," convinced him that the "controversial FISA ACT" allowed the government to "badly surveil" him before the election. In the tweet, he seemed opposed to the bill. A little over an hour later he had completely reversed himself, tweeting: "We need it! Get smart!"

The bill will now move to the Senate, which will likely pass it before it expires next Friday. Although Democratic Senator Ron Wyden and Republican Senator Rand Paul have both promised to filibuster the bill in opposition, observers say it will nevertheless pass.