US helps evacuate foreigners from Burundi

The United States has assisted in pulling American, Canadian and other foreign citizens out of Burundi, warning of the "volatile" situation in the country. The deadly unrest has been aggravated by a recent coup attempt. 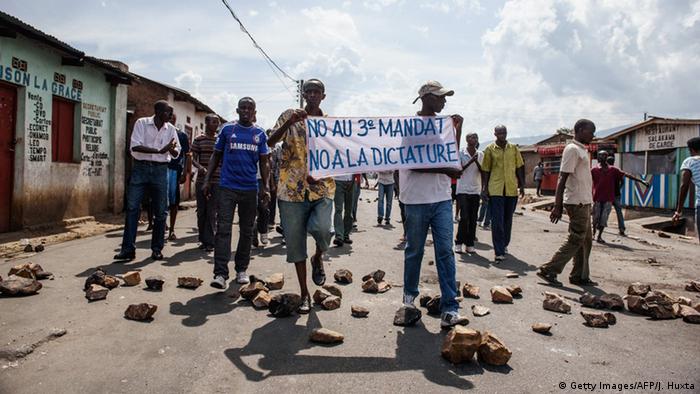 Around 20 Americans, four Canadians and several other foreign citizens left Burundi on Sunday, American State Department said in a statement, following weeks of turmoil which left dozens dead in the east African country.

The US aided the evacuation, with the people flying out of Burundi's capital, Bujumbura, to neighboring Rwanda on three commercial flights.

"There may be increased political tensions and civil disturbances related to these actions," he added in a statement.

The statement also said that all US nationals that asked to leave Burundi were able to do so, and that Washington routinely assisted foreign citizens in such matters on a "space-available basis."

Protests in Burundi started several weeks ago, after President Pierre Nkurunziza announced he would be seeking a third term, in a move critics claimed was unconstitutional.

After several deadly clashes between angry protesters and the police, top army generals attempted to oust Nkurunziza in a coup Wednesday, while he was visiting neighboring Tanzania. The attempt, however, failed.

Nkurunziza's decision to run again was criticized by the United States, the European Union and African Union countries.

On Friday, the US closed its embassy in Burundi, and asked non-emergency personnel and the dependants of the employees to leave.

More than 100,000 people have fled Burundi to the neighboring countries, fearing the escalation of the violence in a country inhabited by Hutu and Tutsi tribes.

Nigerian basketball is an Olympic medal candidate, with a team made up mainly of US-based players. But some question whether relying on the diaspora is a sustainable long-term model for basketball in the country.