An attacker dressed as an Afghan soldier has killed a US general and wounded 14 other ISAF troops at an officer-training facility close to the capital Kabul. A German general was among the wounded. 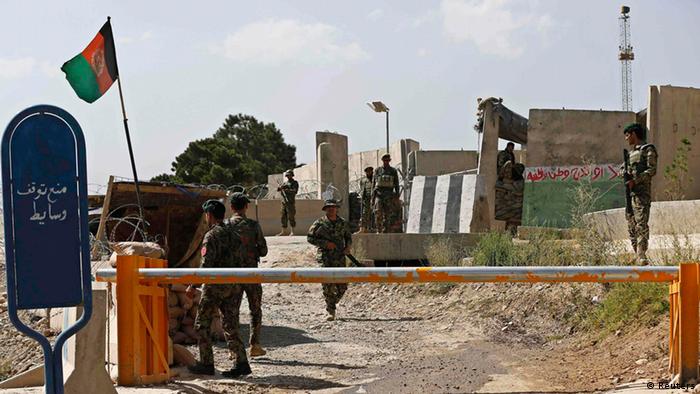 The Pentagon's press secretary, Rear Admiral John Kirby, on Tuesday confirmed reports that a two-star US general was killed in an apparent "green on blue" or "insider" attack at an officer-training school.

US media identified him as Major General Harold Greene.

Kirby said officials believed that the Camp Qargha attacker was a member of the Afghan security forces, rather than an imposter who gained entry to the base.

The German armed forces had said earlier on Tuesday that a Bundeswehr brigadier general was among the 14 other ISAF soldiers wounded. The military statement said that the general was receiving medical attention and "is not in a life-threatening condition."

A spokesman for Afghanistan's defense ministry, Zahir Azimi, said on Twitter that "a terrorist using [the] uniform of [the] Afghan Army" opened fire on the base.

Qargha is sometimes called the "Sandhurst in the Sand," because British forces oversaw the construction of the officer-training school and its training program.

"Today at 12 p.m. (0730 UTC), a terrorist in army uniform opened fire on international partners and other Afghan officers, wounding several," the British Defense Ministry said in a statement, adding that it was investigating the incident.

A security analyst in Kabul told DW that an insider attack seemed the more probable explanation for the events at Camp Qargha.

"It's likely that this is some variant on the so-called 'insider attack' phenomenon, because these facilities are heavily guarded," Graeme Smith from the International Crisis Group told DW. "It would be very hard for an outsider to shoot a NATO general inside a fortified base without some degree of insider collusion."

So-called "green on blue" or "insider" attacks, when insurgents either disguised as or within the Afghan security forces turn their weapons on NATO-led international forces in Afghanistan, have proved common in recent years. Yet there were fewer recorded cases in 2013 than in 2012.

International troops are gearing up to conclude their combat missions in Afghanistan by the end of the year, but some troops are likely to remain - mainly to train domestic security forces. Smith said that he believed the hundreds of troops Germany has provisionally pledged for this mission "will likely get deployed to the relatively peaceful north of the country."