US financial standoff endangers global economy | World | Breaking news and perspectives from around the globe | DW | 06.10.2013

At the IMF and World Bank meeting this year, the euro crisis will not be the center of attention. Instead, US political gridlock and a monetary "exit strategy" are the greatest threat to the world's emerging economies. 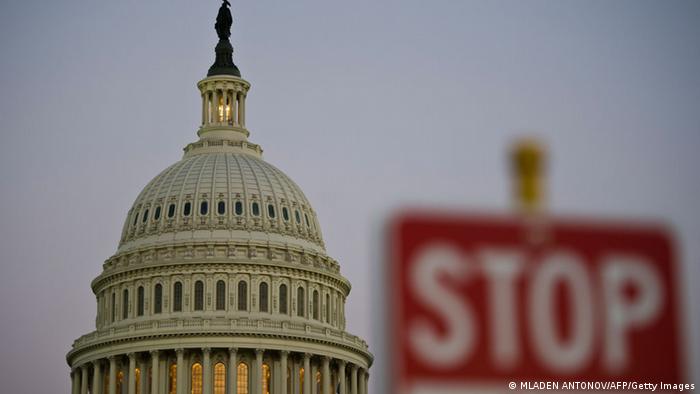 German Finance Minister Wolfgang Schäuble and German Bundesbank President Jens Weidmann are flying to Washington this week to take part in the annual autumn meeting of the International Monetary Fund (IMF) and the World Bank. They are sure to be more relaxed than in the past few years. That's because this time around, the burning issue for participants from 188 nations won't be the euro crisis, as it was last year, but rather the financial row in the US.

As the IMF's managing director Christin Lagarde put it in a speech to students at George Washington University on Thursday, the continuing uncertainty about the US budget and debt ceiling aren't helpful for international markets just now. The government shutdown, which has paralyzed US government agencies, is bad enough, she said. But if the government doesn't succeed in raising the legal debt ceiling, that would be much worse. Lagarde pointed out that a failure to allow a higher government borrowing limit would not only affect the American economy but could also seriously jeopardize the global economy.

Consequences of the US government shutdown

The US debt limit is currently at almost 17 trillion dollars (12 trillion euros). If it is not raised on time, the world's largest economy would officially go bankrupt. Every day the US borrows two billion dollars (1.5 billion euros) more than it earns, so it's not hard to calculate when the money will run out: October 17, 2013.

Economists don't dare imagine what might happen then. International markets could collapse and the course of the dollar could go into freefall, as could the attractiveness of US government bonds. Rating agencies would automatically have to downgrade the credit rating of the United States to junk status.

That US government bonds could then no longer be used as a deposit at the US Federal Reserve would be the least of the country's problems. The Federal Reserve has already started accepting junk bonds as deposits as part of its unconventional monetary policy, anyway. On the other hand, the situation would be more problematic for pension funds, for example, which are obliged to accept only bonds with a triple-A credit rating.

How to orchestrate a damage-free exit from a policy of extremely low interest rates - such as the unconventional monetary policy of the US federal reserve - will presumably be the second big topic up for discussion by the IMF and the World Bank. The IMF's Christine Lagarde said the policy of cheap money would have to be left behind very cautiously and carefully, because a return to traditional monetary policies would have an impact on international markets. 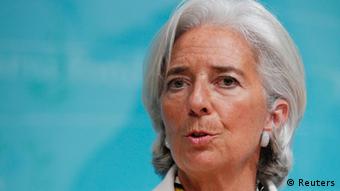 In June, Lagarde and the IMF urged the US to repeal sweeping government spending cuts

Only two years ago, emerging economies attending the annual meeting of the IMF and the World Bank in Washington complained about just that: they claimed that the relaxed monetary policy of the industrialized nations was leading to an increased cash flow and to massive appreciation pressure on their currencies, which had detrimental effects on price stability and the countries' prospects in the export industry.

A new crisis bubbling up?

Last spring, Chairman of the United States Federal Reserve Ben Bernanke implied that contemplating an exit from the policy of ultra-low interest rates might be in order. The mere implication had the exact opposite effect: capital was withdrawn from emerging markets, whose currencies came under extreme pressure. No wonder, then, that in Washington, Lagarde will be advocating caution, good judgment and transparency with regards to any exit strategy.

One thing is clear: the policy of cheap money has to come to an end eventually. The longer the policy is in place, the greater the danger that price bubbles will form on property and goods markets - all of which could cause the global financial and economic crisis to flare up again.

Washingtonians make the most of shutdown

They're pushing prams, sitting in bars, or jogging through the city: Although furloughed, US federal employees in the capital are not really happy, despite a sudden abundance of free time due to the government shutdown. (05.10.2013)

US diplomacy hobbled by government shutdown

US-EU free trade talks and President Obama's trip to Asia have become the latest casualties of the government shutdown in Washington. The White House has warned that sanctions against Iran could also be undermined. (04.10.2013)

Who can break Congress' deadlock?

The US government shutdown has raised the stakes in the deadlock facing the US Congress. It's difficult to see where a compromise may come from - unless some kind of high-profile dealmaker steps in. (01.10.2013)