US citizens in Tanzania should review "social media profiles" to avoid triggering anti-gay laws in the African state, the US Embassy has warned. Previously, a Tanzanian official announced a crackdown on LGBT people. 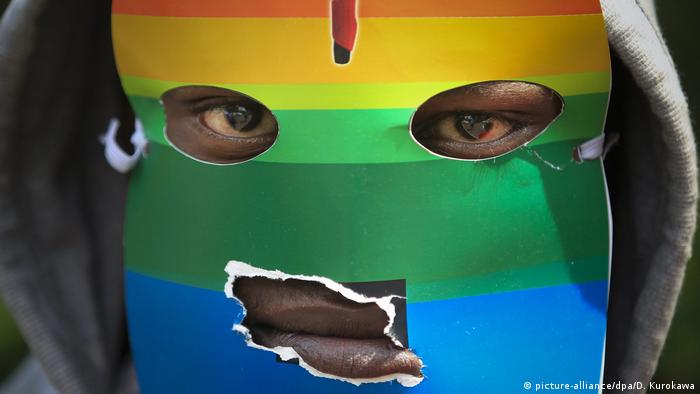 American citizens should review their social media presence for "images and language that may run afoul of Tanzanian laws regarding homosexual practices," the US Embassy in Tanzania said in a security alert published on its website.

The alert, issued late on Saturday, warns of reports that Tanzanian government officials are calling for the arrest of LGBT people. The embassy also urges US citizens to monitor the news and warns that Tanzanian authorities are inconsistent with informing diplomatic representatives when arresting foreigners.

"Detained or arrested citizens should, therefore, ask authorities if consular notification has been made," according to American diplomats.

Tanzanian laws prescribe a sentence of up to 30 years in jail for "carnal knowledge of any person against the order of nature."

Earlier this week, Paul Makonda, the administrative chief of Tanzania's commercial capital, Dar es Salaam, said that a special committee was to start tracking down and punishing homosexuals, prostitutes and online fraudsters on Monday.

Makonda said that homosexuality "tramples on the moral values of Tanzanians and our two Christian and Muslim religions."

The official has also urged the public to report people who they believed to be gay.

Responding to Makonda's statement, however, the Tanzanian Foreign Ministry said that the national government was not supporting the planned crackdown.

"The government of the United Republic of Tanzania would like to clarify that those are his own views and not the government position," they said in a statement.

President Magufuli has moved against homosexuality since winning power in 2015. In 2016, Tanzania banned organizations from giving out free lubricants to gays. The distribution of lubricants aims to curb the spread of HIV.

In 2017, the authorities arrested 12 men in raid at a Dar es Salaam hotel, with officials saying the gathering was promoting same-sex relationships.