The arrests in Zanzibar mark the latest in the government's relatively recent crackdown on homosexuality. The punishment for sex among men can be 30 years to life in prison, but there is no ban on lesbian relationships. 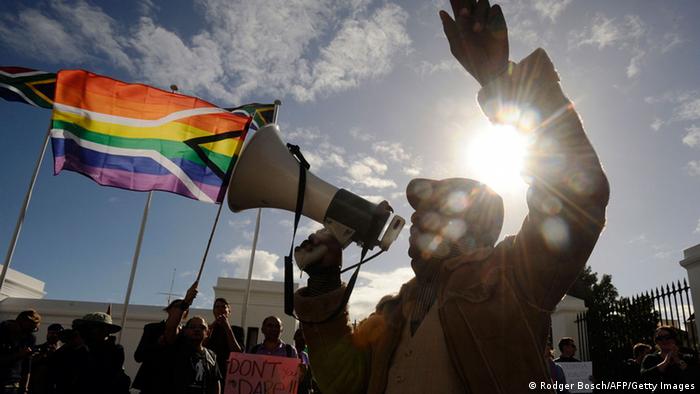 Police in Tanzania's semi-autonomous Zanzibar island have arrested 20 people suspected of homosexuality, police said Saturday, in the latest crackdown on the gay community.

"Yes, we rounded them up because we suspect that they were engaged in homosexuality in Zanzibar, which is illegal in Zanzibar and is against the law of the country," he said, adding that police "will intensify (their) vigilance against those groups."

Eight men and 12 women were arrested in a hotel where they were attending a training session from a NGO that works on education programs for HIV/AIDS.

The Tanzanian government announced in February that it would crack down on privately run health centers that provide AIDS-related services, which Health Minister Ummy Mwalimu said promoted homosexuality.

Gay sex between men is severely punished in Tanzania. Those convicted could receive anything from 30 years to life imprisonment. However, there is no such ban on lesbian sex.

Until recently the gay community in Tanzania had not be subjected to levels of discrimination seen in other African countries, such as neighboring Uganda.

Politicians had largely ignored the gay community until a recent spike in anti-gay rhetoric by the government.

Deputy Health Minister Hamisi Kingwangalla vowed in front of parliament Friday to "fight with all our strength against groups supporting homosexuality in our country."

The government has recently vowed to deport foreigners who "campaign for homosexuality."

In July 2016 sexual lubricants were banned by the government. Health Minister Ummy Mwalimu said they encouraged homosexuality which led to the spread of HIV/AIDS.

Homosexuality is illegal in 38 of 54 African countries. It is punishable by death in Mauritania, Sudan and Somalia, according to Amnesty International.

In 2014 Uganda sought to impose the death penalty on those convicted of being homosexual, but the controversial law was later repealed.