The US brought itself close to another self-inflicted fiscal crisis, saved only by an 11th hour agreement. But this solution only postpones the problem and could undermine confidence in the dollar as a safe haven. 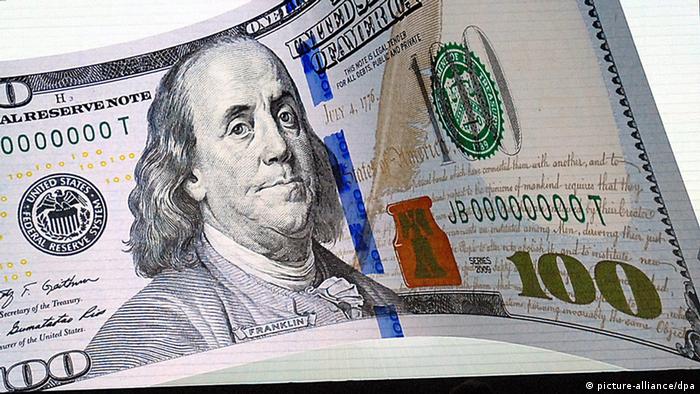 Since the end of World War II, international investors have looked at the US dollar as a safe bet, reassured by the full faith and credit of Uncle Sam. In hard times, they parked their money in US Treasury bills to ride out the storm. But these days, Washington is not looking as reliable as it once did to some investors.

Democrats and Republicans were only able to reach a deal at the very last minute. Their inability to compromise sooner on a spending bill had caused the federal government to shut down for the first time in 17 years. But the attempt by the Republicans to once again use the debt ceiling as leverage in budget negotiations with President Barack Obama, risking a default on US debt obligations, failed. This could have had a major impact on investor confidence.

However, the short-term lifting of the debt limit until February won't necessarily stave off the danger. In the summer of 2011, the threat of a default alone provoked ratings agencies to downgrade the US for the first time in history.

"Nobody knows where that can end," Axel Merk, president of the investment advisory firm Merk Investments, told DW. "We took the risk with Lehman, and it was pretty bad, but I don't think we've seen anything in comparison with what could happen if the US was truly to decide to not pay on time."

At the height of its power in the aftermath of World War II, the United States created a new financial order based on liberal institutions such as the International Monetary Fund and the World Bank. The medium of exchange in that system was the dollar, pegged to gold at $35 an ounce. All other currencies were then pegged to the dollar, establishing the greenback as the world reserve currency.

In the 1960s, French Finance Minister Valery Giscard d'Estaing referred to what he called "the exorbitant privilege" of the US dollar. 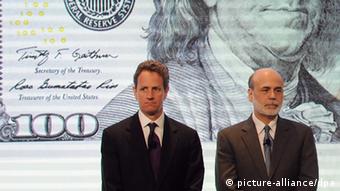 "It refers to the fact that because the dollar is the world's currency the US can borrow more cheaply then it could otherwise," Barry Eichengreen, author of "Exorbitant Privilege: The Rise and Fall of the Dollar and the Future of the International Monetary System," told DW.

"US banks and firms can do cross-border business using their own currency which has convenience value," Eichengreen said. "And the US has a built-in insurance policy. Whenever something goes wrong in the world - whether in the US or abroad - and incomes go down, the dollar goes up. So that insulates the US against the worst effects."

According to Eichengreen, the dollar has three unique attributes that no other currency possesses: Size, stability and liquidity.

Since the US is a large country, there are more dollars available than other currencies. And the greenback has traditionally done a good job maintaining its value. Historically, Treasuries were valued by investors as a quality financial instrument backed by a government that paid its bills on time. 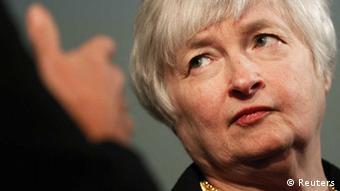 Can fed nominee Janet Yellen boost confidence in the dollar?

"Generally speaking the US had - I'm talking about the past here - been reasonably prudent with how its fiscal affairs were run," Merk said.

But above all, investors like the dollar's unparalleled liquidity, which means that - in the event of a crisis - Treasuries can be easily sold off without losing too much of their value.

"Especially in a crisis there's nothing investors value more than liquidity," Eichengreen said. "Being able to move, being sure that if they want to move they're not going to collapse the price of the asset. The US Treasury bond market has historically been the single most liquid financial market in the world."

'It's our dollar, it's your problem'

But according to Merk, the US is no longer focusing on the quality of its Treasuries. In the past, Washington sought to promote a strong dollar through sound fiscal management. Today, however, policymakers are simply printing greenbacks.

Merk said that by relying on the Federal Reserve's printing press, the US has effectively told other nations that "it's our dollar - it's your problem."

"Others will accept that because it is their problem, but they will try to find ways to deal with that over time," he added.

"They have decided to be a tad more strategic," Merk said. "[They're] buying real assets - buying assets that help them with their energy needs and food needs. But also on the treasury side, [they're] buying Canadian, eurozone, or Australian securities."

These days, the Federal Reserve is buying US Treasuries to the tune of $85 billion a month in order to make up the gap.

"Why is there a need for the Federal Reserve to buy those assets themselves?" asked Josef Braml, with the German Council on Foreign Relations. "It's because the Chinese and Japanese don't buy them any longer."

But according to Eichengreen, diversification has mostly been at the margins. Although the US only makes up 25 percent of the world economy, the dollar still accounts for 85 percent of all foreign exchange transactions, he said. 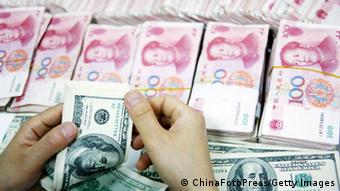 "It's striking how little has happened so far in response to what's going on in Washington," Eichengreen said. "The explanation - in one word - is disbelief. Nobody in Europe, nobody in Asia believes that US politicians are insane. They refuse to believe that the US political system is so dysfunctional that irresponsible politicians could drive the government into default."

And there are few other options at the moment. The euro remains shaken by its own crisis; the Chinese renminbi has not been fully internationalized; and the Japanese yen continues to lose in value.

"The main thing working in the dollar's favor is the absence of viable alternatives," Eichengreen said. However, if a stand-off in Congress repeats itself in February, and the US stops paying its obligations, investor confidence in the dollar could suffer.

If debt limits are not raised in a matter of days, says the US Federal Reserve, the country will be bankrupt. But why set an arbitrary limit only to break it? And does a "debt ceiling" discourage borrowing at all? (12.10.2013)

The budget deadlock in Washington remains unresolved. Positions on both sides are so entrenched that a compromise looks unlikely - ahead of next week's debt ceiling deadline. DW looks at what's at stake. (08.10.2013)

At the IMF and World Bank meeting this year, the euro crisis will not be the center of attention. Instead, US political gridlock and a monetary "exit strategy" are the greatest threat to the world's emerging economies. (06.10.2013)

Marcel Fratzscher: 'I doubt the US government will default.'