Lithuanian ex-lawmaker and judge Neringa Venckiene accused her country's government of covering up a pedophile ring. She said charges against her are politically motivated and she could be killed if sent to Lithuania. 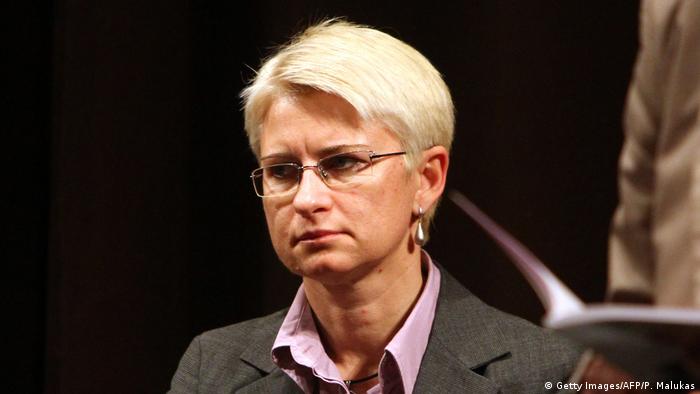 A US judge on Thursday refused to block the extradition of a former Lithuanian anti-corruption lawmaker back to her homeland, where the government has accused her of fabricating claims of a pedophile ring.

Neringa Venckiene, who is also a former judge, claimed her brother was killed while trying to expose officials who covered up a pedophile ring that abused his then-4-year-old daughter with the cooperation of his estranged wife.

"This court must respect the right of sovereign nations to enact and enforce their own criminal laws," the Chicago federal court judge said Thursday.

Lithuania is seeking 47-year-old Venckiene's extradition on charges she delayed authorities' attempts to return her brother's child to the mother after a court order was issued in 2012. The US State Department has approved the request.

The case led Venckiene to form the anti-corruption Way of Courage party before she fled the country to the Chicago area in 2013, where she has been seeking asylum with her 18-year-old son.

US Judge Virginia Kendall said that while case brought up "serious issues concerning the United States' extradition process and propriety of her native country's political and judicial systems," Venckiene had not provided enough evidence for the court to overturn the extradition order.

Venckiene's lawyers said they would immediately appeal the decision to the 7th US District Court of Appeals, which means she likely won't be forced back to Lithuania for a number of weeks at the earliest.

Venckiene called the charges against her politically motivated and added that she could be killed if she returns to Lithuania.

The pedophile case divided the country with some Lithuanians viewing Venckiene as a heroine for exposing a criminal network and others as a manipulator who made up the child abuse ring.

The 2012 court order to return the girl to her mother sparked public anger in the country, with hundreds of people forming a human wall at Venckiene's home, delaying officials' attempts to remove the child.

Read more: 'If I'm attracted to children, I must be a monster'

Venckiene has the support of two US lawmakers who have introduced bills in Congress to prevent her extradition while her asylum case is being processed.

Allison Parker, general counsel with the Commission on Security and Cooperation in Europe, a US government human rights agency, told the AFP news agency there was "still hope" for Venckiene "as long as she's in the country."

In a commission report that criticized Lithuania's actions, US Congressman Christopher Smith noted that 10 of the 14 charges Lithuania put forward for Venckiene's extradition were rejected by the United States.

The charges "have a chilling effect on those who would take the risk of seeking justice against those who sexually exploit children," Smith said.

"Kids Turn Me On"- A project for potential abusers

Poland's Justice Ministry has made an online register of some 800 sex offenders, complete with names and photos, publicly available for the first time. Warsaw has said it is following the example of the United States. (02.01.2018)

A German boy was allegedly sold for sex on the darknet by his mother and her partner, who face multiple charges. Outrage over the case has ensnared local authorities whose missteps may have allowed the abuse to continue. (11.06.2018)