US: Convicted murderer executed despite Pope's pleas for clemency

Authorities in Missouri have proceeded to execute a man who its claimed was intellectually disabled. Ernest Lee Johnson murdered three people in a robbery in 1994. 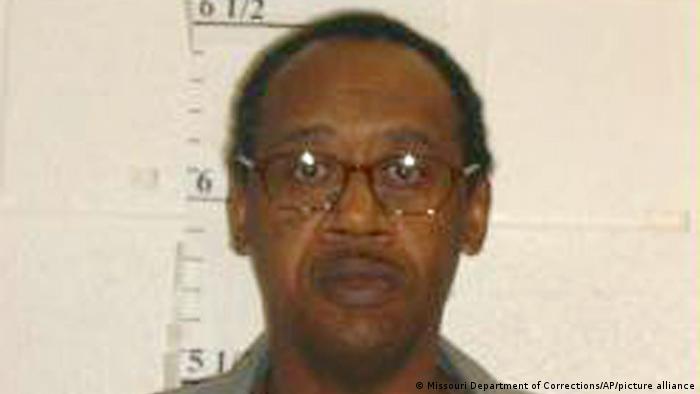 A 61-year-old man who was on death row for the murders of three people in 1994, was put to death in the US state of Missouri on Tuesday.

Ernest Lee Johnson was executed by lethal injection at 18:11 local time (23:11 GMT), according to the Missouri Department of Corrections.

Johnson had been found guilty of bludgeoning Mary Bratcher, Mabel Scruggs and Fred Jones to death using a hammer, a screwdriver and a gun in a convenience store robbery in 1994. He was sentenced to death following his conviction.

However, Johnson's legal team had argued that their client was intellectually disabled and his execution would be in violation of the constitution.

His lawyers argued he had been born with fetal alcohol syndrome and had the living skills of a 4-year-old. He also recorded low scores in IQ tests.

Pope Francis was among those calling for the execution to be set aside. In a letter sent to Governor Mike Parson, a Vatican representative said the Pope "wishes to place before you the simple fact of Mr. Johnson's humanity and the sacredness of all human life."

Governor Parson was unmoved by the appeals and said in a statement: "The evidence showed Mr. Johnson went to great lengths to plan and conceal his crime. Three juries have reviewed Mr. Johnson's case and recommended a sentence of death."

Woman Set to be Executed in US

Democratic members of the House of Representatives from Missouri also made appeals for a stay of execution.

Cori Bush and Emanuel Cleaver released a statement that said: "Killing those who lack the intellectual ability to conform their behavior to the law is morally and legally unconscionable."

Bush also tweeted that the execution was not an act of justice but was cruelty.

In a final written statement, Johnson said he was sorry and had remorse for what he did. He also said that he loved his family and friends and was thankful for the prayers from those supporting him.