US, China and Germany profit most from global free trade, says WTO

The three countries have benefited the most from membership of the World Trade Organization, according to a new report to mark the body's 25th anniversary. Their combined revenues in just one year were $239 billion. 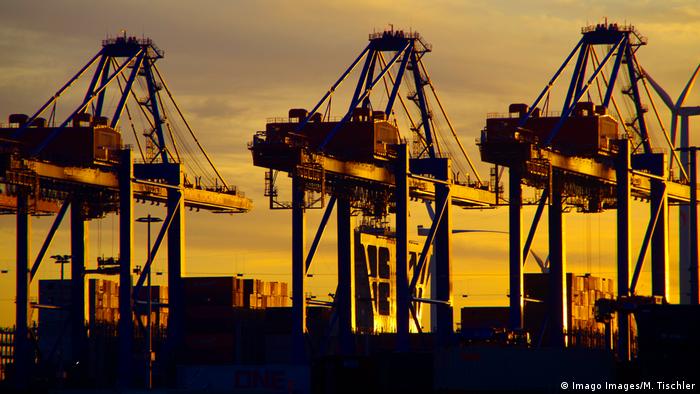 The world's three biggest exporters, Germany, China and the United States, are the biggest beneficiaries of membership of the World Trade Organization, a new study by the Bertelsmann Foundation published on Monday revealed.

The countries have achieved the biggest income gains as a result of the rules-based global trading system, the report found.

A group of scientists calculated the wealth effects of WTO membership on 180 countries, including all 164 WTO members. Both internal and external trade flows were included.

While WTO members enjoyed an average export increase of 14% between 1980 and 2016, the Bertelsmann report found that exports to countries outside the WTO fell by an average of 5.5%.

In 2016, WTO membership led to an $855 billion increase in prosperity worldwide, about 1% of global gross domestic product (GDP).

"The WTO is the operating system of the global economy, that ensures daily that goods and services can circulate in a stable, rules-based environment," said Christian Bluth, a trade expert at the Bertelsmann Stiftung.

The report noted that nations with strong exports and manufacturing tend to benefit from their WTO membership, giving the examples of Mexico ($58 billion and South Korea $31 billion).

The Bertelsmann study was released to coincide with the WTO's 25th anniversary on January 1. The Geneva-based organization is facing unprecedented pressure from Washington, which complains that the trade body's appeals process — considered the Supreme Court of international trade — favors its global competitors.

For the past two years, the US has blocked appointments of new WTO appellate judges, allowing existing terms to lapse. Earlier this month, when the number of judges fell to just one — a minimum of three are needed to rule — the dispute settlement mechanism was rendered inoperative.

Other countries have complained about the WTO's system for settling trade disputes.

Critics say that cases take too long to resolve, that the panel often overreaches in its rulings and that the agency is ill-equipped to deal with the challenge posed by the Chinese economy's unconventional blend of capitalism and state control.

In its report, Bertelsmann noted that the WTO's largest members, the US and China, are "increasingly escalating their customs disputes outside the organization."

The think tank's Bluth called for an "urgent update" of the trade body but warned that "without the enforcement of rules, a rule-based system cannot exist for long."

He also cautioned countries that bypass the WTO and instead pursue purely bilateral trade agreements, saying they risk "enormous losses of prosperity in international trade."

EU still cautious about threat of US car tariffs

The EU trade commissioner has said that they cannot dismiss the 'threat' of further tariffs on European car exports. US President Trump previously said he would impose tariffs if no trade deal was arranged. (21.11.2019)

Africa's new free trade deal is a building block in its plan to achieve prosperity and unity. Yet stumbling blocks in the form of border and trade disputes make a borderless continent seem decades away. (18.12.2019)