The US Justice Department has charged British-held WikiLeaks founder Julian Assange with numerous counts of espionage related to the publication of classified documents. The case raises possible media freedom concerns. 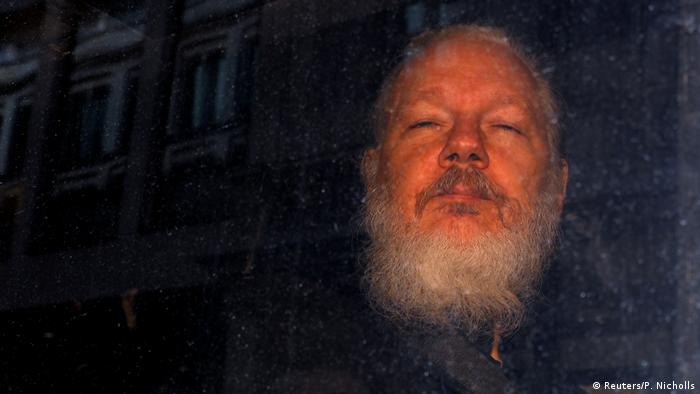 The US filed new additional charges against Julian Assange on Thursday, accusing him of putting the United States at risk of "serious harm" by publishing files in 2010.

The 17 charges filed by Justice Department prosecutors allege that the WikiLeaks founder aided and abetted the theft of secret files, and recklessly published compromising classified information.

Assange now faces a total of 18 criminal counts, and could face many decades in prison if extradited from Britain and convicted in the United States.
In their indictment, prosecutors accused Assange of directing former Army intelligence analyst Chelsea Manning in obtaining and leaking damaging classified information.

The case centers on concerns about media freedoms and the publication of sensitive information, with prosecutors saying Assange strayed well outside protections offered by the First Amendment of the US constitution.

The charges related to the publication of classified information focused on the bulk release of names of confidential informants who could have been endangered in Iran, Syria, China, Iraq and Afghanistan, prosecutors said.

A British court jailed Assange for 50 weeks earlier this month for skipping bail, and the 47-year-old had already faced requests from both the US and Sweden for extradition upon his release.

"This is madness. It is the end of national security journalism and the first amendment," the group tweeted.

An American attorney for Assange, Barry Pollack said: "These unprecedented charges demonstrate the gravity of the threat the criminal prosecution of Julian Assange poses to all journalists in their endeavor to inform the public about actions that have been taken by the U.S. government."