A gunman shot dead eight people at a light rail yard in Santa Clara. The suspect worked at the scene, investigators did not immediately comment on a possible motive. 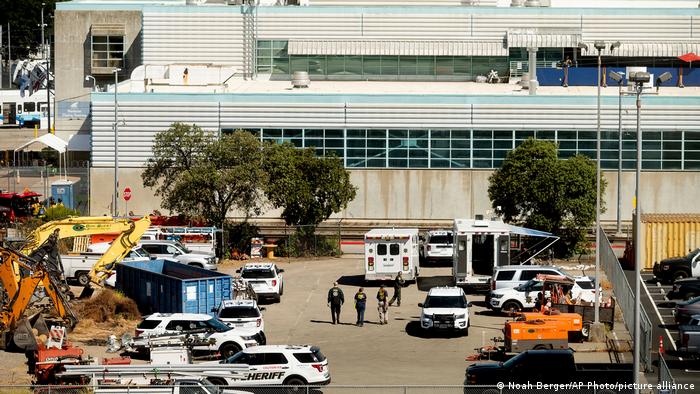 Police said the suspect worked at the site of the shooting

Investigators identified the gunman as 57-year-old Sam Cassidy, without commenting on a possible motive.

US media reports said he ended his own life at the scene, but officers have not confirmed those reports.

There have been more than 230 mass shootings in the United States this year, according to statistics compiled by the Gun Violence Archive. It defines a mass shooting as a crime in which four or more people are shot and killed.

What do police say happened?

The suspect began firing early on Wednesday morning as the light rail yard was opening for the day. Police then arrived on the scene and responded with gunfire.

"While shots were still being fired, our teams were entering the building," Santa Clara County Sheriff Laurie Smith said. 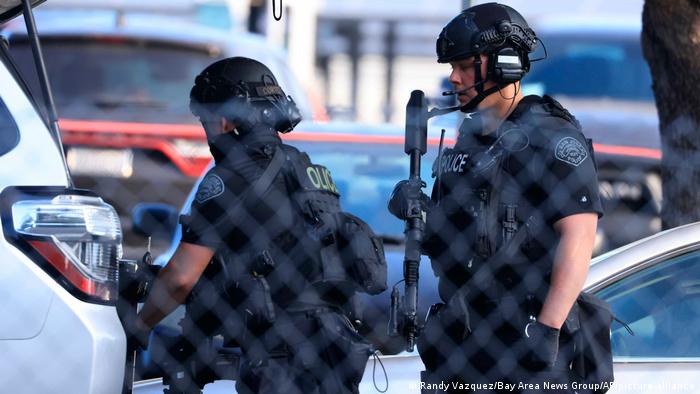 No further information was provided about those who were wounded during the attack.

Bomb squads have been searching the rail complex after receiving information about possible explosive devices inside the building, Davis told reporters.

Federal agents, including the FBI, are involved in the investigation.

Where did the shooting happen?

They also operate about 70 bus lines in the city and employ some 2,000 people across the area. Santa Clara is the largest county in California's Bay Area and is home to Silicon Valley. 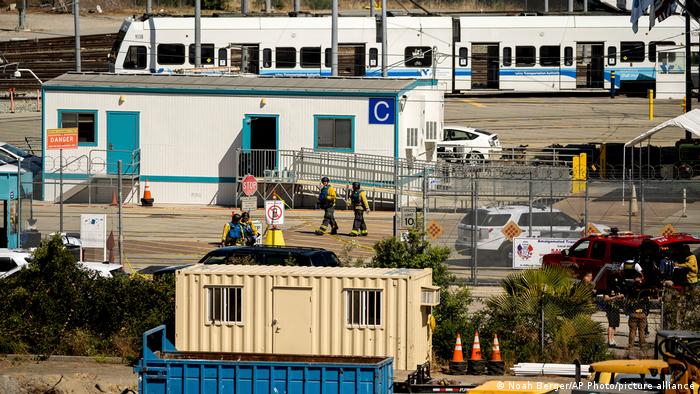 Vehicles are maintained and dispatched inside the rail yard where the shooting took place.

Sam Liccardo, the mayor of San Jose, said authorities had responded to a fire at the suspect’s home, but no-one had been found inside.

"This is a horrific day for our city," he said. "We know that so many are feeling deeply this loss of their loved ones and their friends."

US President Joe Biden has called gun violence in the country an "epidemic" and promised to tighten controls on firearms.