US sales of bomb shelters have skyrocketed as fears of nuclear attack and climate-based disaster increase. A growing community of Doomsday "preppers" claims the government is unable to protect the American people. 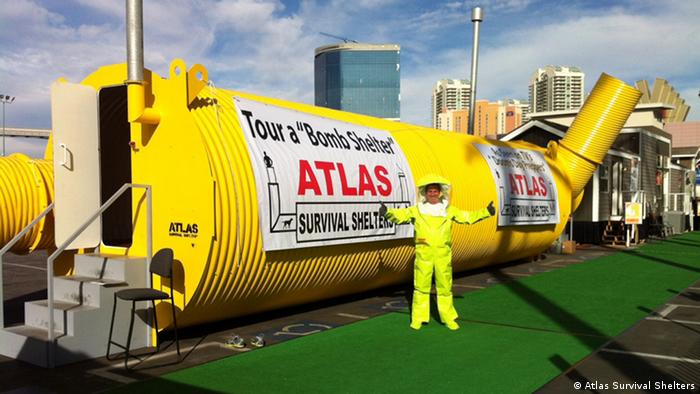 "Imagine this, you're in your master bedroom and you walk into a closet and there's a hatch, like a secret trap door," says Ron Hubbard, the owner of a survival shelter company called Atlas Survival. "It goes to a staircase and you go into a bunker underground, like something out of a movie."

Hubbard is describing how this type of shelter — a mixed nuclear fallout and tornado structure called a "Bombnado" — can be accessed quickly from inside the home. This kind of conversation has become more common.

Communities of Doomsday "Preppers" are on the rise in the US, hoarding and hiding goods and land in preparation for societal collapse, an event referred to as SHTF — from the American phrase "shit hits the fan."

The National Geographic found in a survey that 40 percent of Americans find stockpiling supplies and building a bomb shelter to be a better investment than a retirement plan.

A popular disaster monitor, the Doomsday Clock, was reset in January to two and a half minutes until midnight. The Doomsday Clock is run by the Bulletin of the Atomic Scientists and informed by a board containing 16 Nobel Laureates. It is a predictive expression of how close the global civilization is treading to irreversible disaster. Midnight equates to complete collapse. The closest it came before was in 1953 when the US and the Soviet Union tested their first thermonuclear weapons. 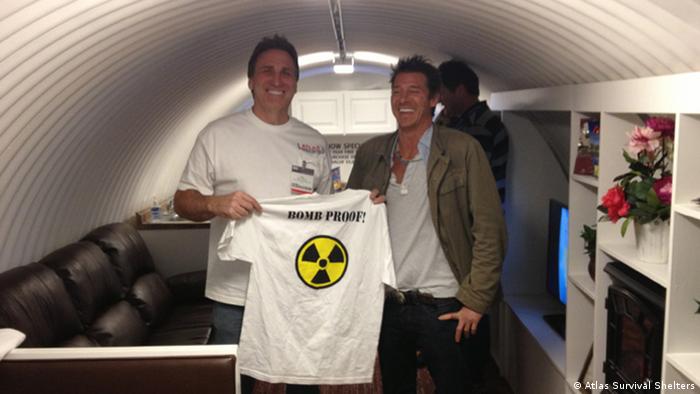 Atlas Survival Shelter CEO Ron Hubbard (left) has every reason to smile at growing sales, which have gone up from 10 orders in 2011 to 1,000 this year. A Texas-based rival company, Rising S Shelters, cited growth of a staggering 700 percent since Trump's election in November 2016.

Current concerns are bipolar with some fearing the threat of war and others the threat of environment degradation. Yet what preppers illuminate is a growing sentiment that the US government cannot protect its own people in a major emergency.

"The North Korean thing has been the Super Bowl of all spikes," said Hubbard to DW. "What it's done is legitimized having a shelter as normal in the world. Nobody thinks anyone's crazy or overboard or a lunatic for investing to protect their main asset, their family."

Bunker communities exist mainly in the rural areas of Tennessee, Utah, Pennsylvania and Texas, where land is more apt to be affordable and abundant.

In the fact of imminent danger, having an escape plan beats waiting around for a rescue boat that may never materialize. The former Times reporter Neil Strauss, who wrote a book about prepping called "Emergency," said: "We see New Orleans, where our government knows a disaster is happening, and is powerless to save its own citizens."

Americans are not the only ones preparing for the worst. "Japan's going hog wild right now," commented Hubbard, "It pretty much started when Kim Jong-un started testing all of his long range ballistic missiles." 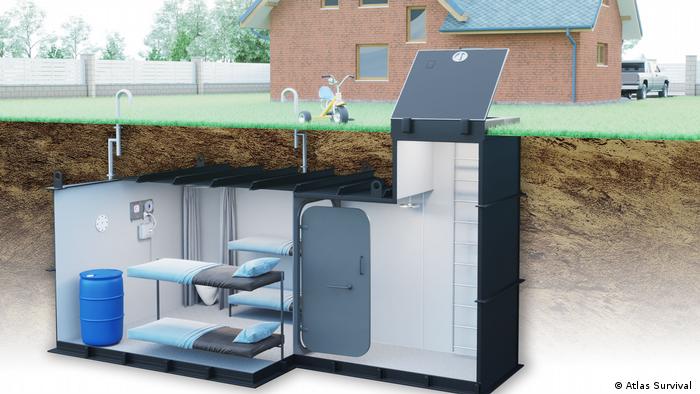 The price of a survival shelter goes from $10,000 up into the millions They come with critical life support systems such as escape hatches and air filtration systems. High-end shelters even offer a movie theater, bistro, greenhouse, fitness center and shooting range.

Some scientists are hopeful that civilization still has the power to avoid an apocalypse, should it choose to.

"Humans invented both nuclear weapons and the fossil-fuel powered machines that contribute to climate change," says Bulletin of the Atomic Scientists senior advisor Kennette Benedict. "We know how they work, so presumably we can find ways to reduce or eliminate the harm. But we need concerted cooperation worldwide to prevent calamity."

Other scientists stress the importance of each individual's role in shifting the majority's thinking. Martin Hellman, a member of the US National Academies of Sciences and Professor Emeritus at Stanford recently told DW that one of the biggest obstacles in his line of work is confronting the "mistaken belief that a single individual cannot make a difference, and the mistaken belief that the problem is nuclear weapons, rather than the mentality of war."

Even so, Hellman notes that it only takes a single spark to escalate a small conflict into a nuclear war. Recall Cuba in 1961, the shooting of a Russian jet by Turkey in 2015, Georgia in 2008, and now North Korea.

"The risk has been horrendous for decades. It's only the awareness that is new," he said, adding that in the case of a full scale nuclear war "it won't matter where you live, it's been said that the living would envy the dead."

In his opening adress to the United Nations, US President Donald Trump vocalized a willingness to "totally destroy North Korea," adding "Rocket Man is on a suicide mission for himself and for his regime."

And just like that, with casual use of Elton John lyrics, we may have just moved closer to the nuclear zero hour.