The US Justice Department has argued against the release of a prisoner at Guantanamo Bay who has been on hunger strike for more than eight years. The detainee has been held at the base in Cuba since 2002. 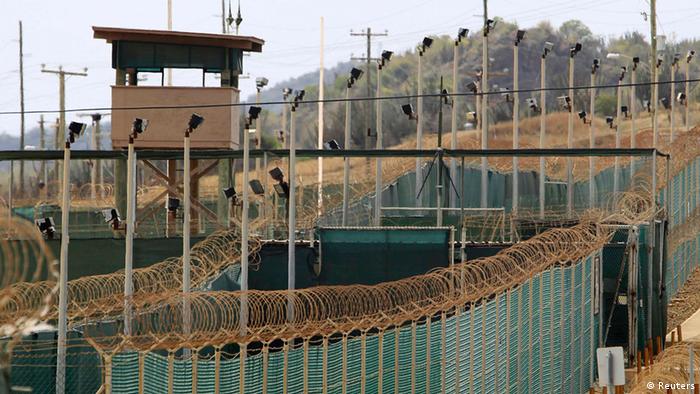 Lawyers for Yemeni prisoner Tariq Ba Odah had issued a request for their client's immediate release on health grounds, warning he was at risk of imminent death.

"All the president has to decide is whether to exercise his discretion not to contest the motion and release Mr. Ba Odah so that he does not die," said Omar Farah, an attorney with the New York-based Center for Constitutional Rights who represents him.

Justice Department lawyers, however, blocked the request in a sealed filing delivered to a federal court in Washington on Friday. The department said a public version of the filing would be released at a later date.

Ba Odah was captured by the Pakistani Army along the Afghan border and accused of receiving weapons training to fight with the Taliban. He has been held at the American military base in Guantanamo Bay, Cuba, without charge since the beginning of 2002. Although he was cleared for transfer back to Yemen five years ago, instability in the region means no prisoners can be sent there.

Ba Odah stopped eating solids to protest his indefinite confinement and has been force-fed nutrients via a nasal tube to prevent him from starving to death.

The Justice Department said in a statement that the government "remains committed to promptly securing an appropriate location to which Petitioner Ba Odah can be transferred."

President Barack Obama is seeking to close the Guantanamo detention center before he leaves office in 2017, but thus far has faced opposition from the Republican-controlled Congress.

Defense attorney Farah said the Justice Department's court filing showed that the White House's plans to close Guantanamo, and transfer the dozens of prisoners who had been cleared for release, were an "incoherent mess."

The US has 116 detainees at the detention facility, including 69 from Yemen.

US Secretary of State John Kerry has attended a flag-raising ceremony at the US embassy in Havana. This marked the official reopening of diplomatic relations between the US and its long-time communist adversary, Cuba. (14.08.2015)