US President Joe Biden has halted the move to ban the Chinese-developed apps as his adminsitration conducts their own review into whether they are really a national security threat. 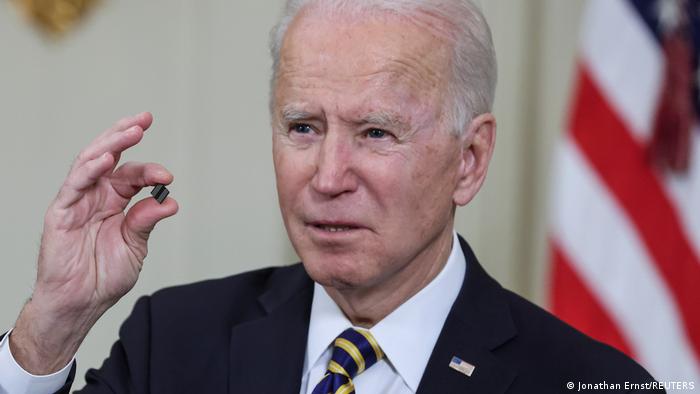 US President Joe Biden on Wednesday moved to freeze legal cases against two popular Chinese mobile applications — TikTok and WeChat — that could have seen them banned in the country.

TikTok, a video sharing app, is very popular with 18- to 25-year-olds.

But Biden's predecessor, Donald Trump, had signed executive orders that sought to ban the service and WeChat.

He claimed that they were a threat to US national security because the Chinese government could harvest the data.

Both companies, which fiercely defend their independence, sued to cancel the proposed bans.

Biden's intervention means both can continue operating in the United States, while officials "become familiar with the issues in this case," according to the legal documents related to the suspension of the court action.

His executive order will direct the Commerce Department to review apps tied to foreign adversaries and lays out what it should consider an “unacceptable risk."

That includes criteria for evaluating transactions with software apps tied to a foreign adversary, which typically falls under the Committee for Foreign Investment in the U.S., or CFIUS.

Trump claimed, without citing evidence, that both apps posed a threat to "the national security, foreign policy, and economy of the United States."

Messaging app WeChat has more than one billion users worldwide, but the firm reports that the US only accounts for 2% of its global revenue.

Video-sharing app TikTok has about 800 million users worldwide, of which 100 million are in the US.

The app's owner, ByteDance, has been in talks with software company Oracle and supermarket giant Walmart to finalize a deal that would see TikTok's US assets shifted into a new entity, to avoid an outright ban being slapped on their services.

That deal may not go ahead if the Biden administration adopts a softer approach towards Chinese apps.

"They affirmed the nature of the threat and the propriety of using sanctions to address it, and they have held the door open for reimposing some version of these sanctions...but likely with a far stronger and more defensible record," Chesney said.