The advances in the town of Tabqa are the result of a monthlong struggle against Islamic State militants. The jihadis have fought back with weaponized drones, in street-to-street combat and with suicide bombers. 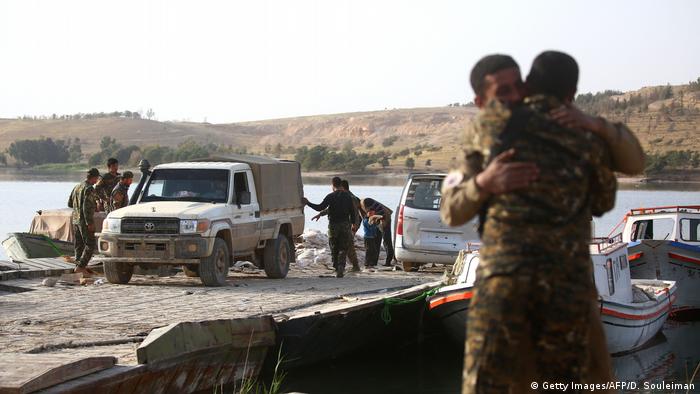 US-backed militias are reportedly making significant gains in Tabqa, a strategically important town 25 miles (40 kilometers) from the "Islamic State" (IS) stronghold of Raqqa. Tabqa is home to Syria's largest dam.

The Syrian Democratic Forces (SDF), comprised of Kurdish and Arab militias, want to seize all of Tabqa before advancing on Raqqa, the militants' de facto capital.

The SDF said it had captured six more districts in Tabqa and distributed a map showing that IS now only controlled the northern section of town, near the dam.

The Syrian Observatory for Human Rights, a Britain-based war monitor, said the SDF now controlled much of the town, including the center and the Old City of Tabqa.

The SDF posted photos Sunday that it said showed items retrieved from newly captured parts of the town, including at least a dozen guns, as well as missiles, ammunition and an IS flag.

About 85,000 people live in Tabqa, including IS fighters from other areas. The militants have put up fierce resistance, including the use of weaponized drones, a tactic the group refined in neighboring Iraq, where it also holds territory.

IS is also fighting street-to-street and using suicide attackers and car bombs to slow the SDF's advance, according to the Observatory. 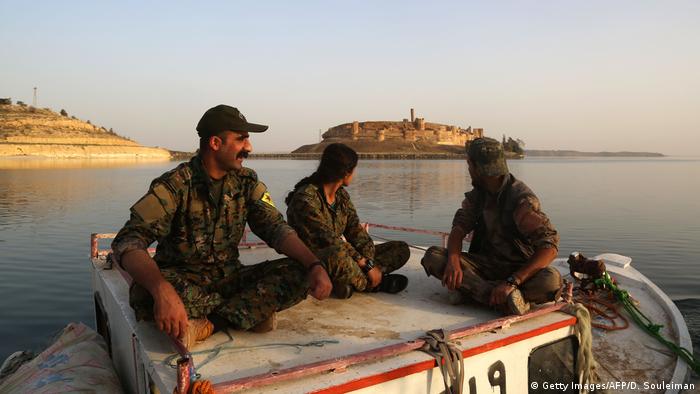 Tabqa was cut off from Raqqa about a month ago when SDF forces, supported by the United States, carried out an airborne landing on the southern shore of the Euphrates, allowing them to capture territory around the town, including an important air base. The forces were also able to cut off access to a key road.

The districts still under IS control in Tabqa lie along the southern bank of Lake Assad and the southern portion of the Euphrates dam, including its operation headquarters and a hydro-electric power plant.

The IS enclave now lies on the north bank of the Euphrates, stretching about 30 miles at its widest point running east-to-west, and just 12 miles along a north-south axis.

To reach its main territory on the south bank of the Euphrates the IS must go by boat after an aerial bombing campaign knocked out bridges.

The militants still control large sections of Syria's Euphrates basin and the vast desert region in the east, near the border with Iraq, but the group has lost large swathes of territory over the past year and many of its leaders have been killed.

Separately, tensions rose along the Turkish-Syrian border on Saturday as both the United States and Turkey moved armored vehicles into the region. Ankara once again demanded that the US stop supporting the Syrian Kurdish militants in the region.

The deployment of Turkish troops to the Syrian border area comes a day after US troops were seen patrolling the tense border area. Those patrols began after a Turkish airstrike on a base that is home to the SDF, Washington's main ally in fighting IS militants in Syria.