US and Spain agree to clean up Cold War nuclear accident

A US plane carrying four nuclear bombs crashed in Spain almost five decades ago, polluting the soil with radioactive plutonium. The two countries now intend to work together to clean up the site near the Spanish coast. 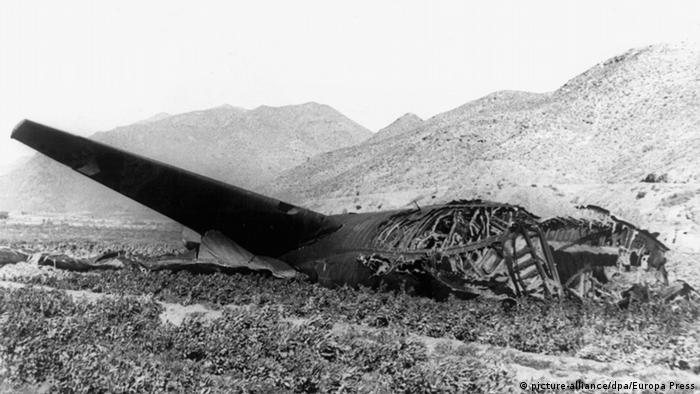 Spanish Foreign Minister Jose Manuel Garcia-Margallo and his US counterpart John Kerry signed a joint statement Monday, as a first step towards a binding deal on removing the contamination near the southern Spanish village of Palomares.

The US will "take responsibility" and do its duty, US Secretary of State Kerry said at a joint press conference in Madrid.

The crash of a B-52 bomber in 1966 is believed to be among the worst accidents in the history of nuclear weapons.

The aircraft had four atomic bombs on board when it collided with a refueling plane and crashed in Spanish countryside. Three of the weapons landed on the ground while one fell into the sea off Palomares.

None of the bombs were primed before the crash, so they did not activate on impact. However, two of them burst when hitting the ground, releasing around 3 kilos (7 pounds) of highly radioactive plutonium.

The incident claimed the lives of seven US airmen.

While both Spain and the US immediately took steps to reduce contamination, the Franco regime publicly downplayed the extent of the incident.

The US military ordered 1,600 tons of contaminated soil to be transported to the US, and the Palomares area was considered radiation-free for decades.

The fears of contamination, however, resurfaced after a construction boom in the early 1990s, which stirred up radioactive remains in the area. Although a subsequent study found no danger for the residents, the government fenced off plots of land as a precaution.

The mayor of Palomares, Maria Isabel Alarcon, remained cautious after the Monday statement.

"Until we see definitive results, we don't believe in anything," she told AFP. "People go about their daily lives but after 50 years, we want to close this chapter once and for all."

The officials did not provide details on the timetable and the costs breakdown between Spain and the US in their Monday statement. However, Spanish minister Garcia-Margallo said that the plans were "very advanced" and that the clean-up would begin soon.

Under a deal which expired in 2010, Washington was paying 314,000 euros ($350,000) every year to test the soil for contamination, in addition to financing regular blood tests for more than 1,000 Palomares residents.

A Washington-based research center has said Pyongyang may be separating isotopes used to manufacture "sophisticated nuclear weapons." The findings follow the North's announcement that its Nyongbyon reactor is online. (16.09.2015)

As Russia invaded Ukraine, President Vladimir Putin blatantly threatened to use nuclear weapons. A Western military intervention could lead to an incalculable escalation, ...