Unplanned pregnancy is 'a crisis all around us'

A report from the UN's Population Fund says pregnancy is an inevitability, not a choice, for many women lacking education, autonomy or contraception. 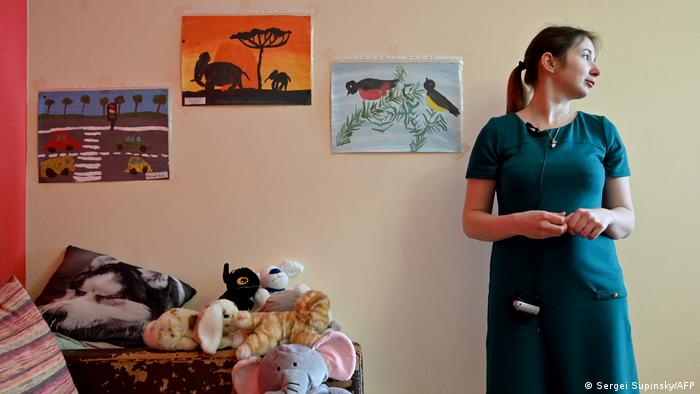 Unintended pregnancies are common in crisis situations that cause mass migration, like the war in Ukraine

Each year, about 121 million pregnancies across the globe are unintended, according to a report published Wednesday by the United Nation's Population Fund (UNFPA). The UNFPA studies, among other things, sexual and reproductive health trends. The figure amounts to nearly half of all pregnancies worldwide.

"This is a crisis that's all around us," said UNFPA Executive Director Natalia Kanem in an interview with DW. "But it's unseen. It's unrecognized and that is part of a global failure to prioritize women and girls and to uphold the basic human rights for women and adolescents."

Many pregnancies end in unsafe abortions

Over 60% of those unplanned pregnancies end in abortion. The rest are carried to term.

For women in rich countries where abortion is legal, termination procedures are largely safe. But nearly half — the UNFPA says it's 45% — are unsafe abortions.

Those unsafe abortions account for up to 13% of maternal deaths worldwide.

In developed countries, the number of unintended pregnancies has fallen dramatically since the 1990s. That is due in part, says the report, to an increase in the availability of contraceptives and sexual education.

Women often feel at a loss if they get pregnant unintentionally. They don't know how to feel or what to do about it. The UN report says that although some pregnancies are terminated and others are celebrated, many are met with ambivalence.

"These pregnancies may be not quite unintended but not fully deliberate either, taking place when an individual lacks the possibility to fully articulate what they want in their lives — or even to imagine a life in which pregnancy is a choice," write the report authors.

Methods for contraception exist. But the report says that many women are prevented from exercising a basic right to bodily autonomy — for example, a right to choose to use contraception if they want. That is why, say the report authors, there is no material "magic bullet" or solution to "solve" the problem.

Some women who can access contraception methods abstain from using them. There are many reasons for this, ranging from stigmatization in certain communities or misconceptions — such as some perimenopausal women think they don't need contraception.

Many other women are in relationships with men who want children and deny their partners a right to birth control. That can either force the women to use birth control in secret or carry children for whom they feel unprepared.

The report notes that the responsibility to prevent pregnancy falls, in most cases, on women. But that does not mean they always have a choice. The report cites data collected in sub-Saharan Africa between the mid-1990s to the mid-2000s, which showed that the majority of men desired children more than women desired them.

Kanem told DW this indicated a "mismatch between what women want and need and what men believe to be the ideal."

"It's the mother of the family who typically is selfless. She plans the meals. She decides who is going to get which shoes to go to school. And she's a realist when it comes to [questions like]: How much can I bear? What is the investment in each of my children going to cost?" Kanem said.

Even when contraception is used perfectly, it can fail. For every 100 women who use condoms as their main method of birth control, 13 will become pregnant. And even for women who use highly effective forms of contraception, such as an Intrauterine Device (IUD), unintended pregnancies can still happen.

The report refers to the British Pregnancy Advisory Service, which conducts abortions in the UK. In 2016, the service says that more than half of about 60,000 women who had an abortion at one of their centers that year were using birth control.

The male pill for zoo animals

Conflicts and other crises can exacerbate the problem.

"If you have 15 minutes or half an hour to decide what you are going to do and you're caught up in a conflict… as you grab your children and race out the door, contraception, your menstrual supplies — they may not really be top of mind. I mean, if you have a passport, you're going to grab it, you're going to make sure that you can fit whatever you can into a little backpack and go," said Kanem.

Kanem said that this makes women fleeing conflict situations especially vulnerable to unintended pregnancies. Many women rely on monthly supplies of birth control. When they are displaced, they no longer have access to their usual supplies.

In Afghanistan, for instance, disruption to the health care system is expected to lead to around 1 million extra unintended pregnancies through to 2025.

Hormon-free alternatives to the Pill

Unintended pregnancies can affect any woman, regardless of financial or educational background. But they are more likely to happen in countries where women have lower levels of education and autonomy, says the report.

Africa has the highest rates of unplanned pregnancies, viewed country by country. The continent sees the highest number of women giving birth under the age of 18 and outside of marriage.

"While the overall rates around the world dropped in the 1990s, it was slowest in sub-Saharan Africa," Kanem said. "Regions of Africa showed some of the lowest scores on the index of bodily autonomy."

Kanem said this was largely due to a lack of education. And education is linked to access to contraception.

If women don't know what they want and need, they can't ask for it. And when sexual education is spread through word of mouth, it can easily get tangled up in misconceptions.

"Part of choice is being able to choose the method that's right for you and we saw striking myths about contraception very active among young women in Africa," said Kanem, who wanted to stress that contraception does not jeopardize future fertility, but rather safeguards women's health.

Abortion can sometimes carry major health risks. The lack of availability of either condoms or contraceptive pills means that many Cuban women undergo several abortions in their lives, the blogger Yoani Sánchez writes.