Abortion can sometimes carry major health risks. The lack of availability of either condoms or contraceptive pills means that many Cuban women undergo several abortions in their lives, the blogger Yoani Sánchez writes. She is only 20 years old but has already had four abortions. The young Cuban woman, who prefers to remain anonymous, is not an isolated case.

In some countries in Latin America, women can spend many years behind bars because they have had an abortion or even because they are suspected of having undergone the procedure. In countries such as Chile and Argentina, a debate about abortion is taking place on the streets and in public discourse. However, in Cuba discussion on the subject is taking place — if at all — on social networks and the websites of the independent press. 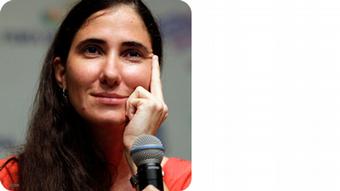 The government calls abortion a "resolved issue," but Catholic priests vociferously speak out against women who decide to have the procedure.

Despite decades of declining funding for the health system, broad access to medical care and the legalization of abortion have been vital in providing assistance to many Cuban women.

Many Cubans rely on abortion as a form of birth control. The health risks of repeated abortions include cervical complications and even infertility.

According to official records, in 2016 there were 85,445 abortions performed in Cuban hospitals, or about 41.9 terminations per 100 pregnancies.

Many Cuban women decide to abort their pregnancies because of their precarious economic situation or because they have a lack of external support or because their partners are indifferent.

This is the situation for Aimara, who said she lived "in a house where there are too many people and not enough space." She added that she did not want to give birth to the child of "a man who abuses me — and certainly not in Cuba with the way things are currently." "Things" is a popular term for the political and economic system.

Aimara scoured a dozen pharmacies in Havana. "There are no condoms" was the response she got every time. The supply of birth control pills is also precarious, and the last hormonal spiral "did more harm than good," she says.

An alarming decline in the birth rate has occurred alongside a housing shortage that has meant a lack of approximately 800,000 homes. More people are expressing their desire to leave the country. Though women enjoy some freedom to determine their own reproduction, every abortion also shows not only the urgency for an increase in the access to contraceptives, but also the broader issue of the country's chronic economic crisis: There are many hoping to flee Cuba and doing so would only be more complicated with a child.

"Getting a visa is hard enough for one person — even more so for two," Aimara said with pragmatic logic. A lot of people in Cuba think so.

Munich archbishop says 'Catholic Church must renew itself' 0m ago

Honduras: Xiomara Castro to be sworn in as first female president 5h ago